Monkeys are more willing than humans to explore different options for solving problems they face, according to a study by Georgia State University psychology researchers. This makes monkeys more likely to find more efficient solutions than we are as humans. 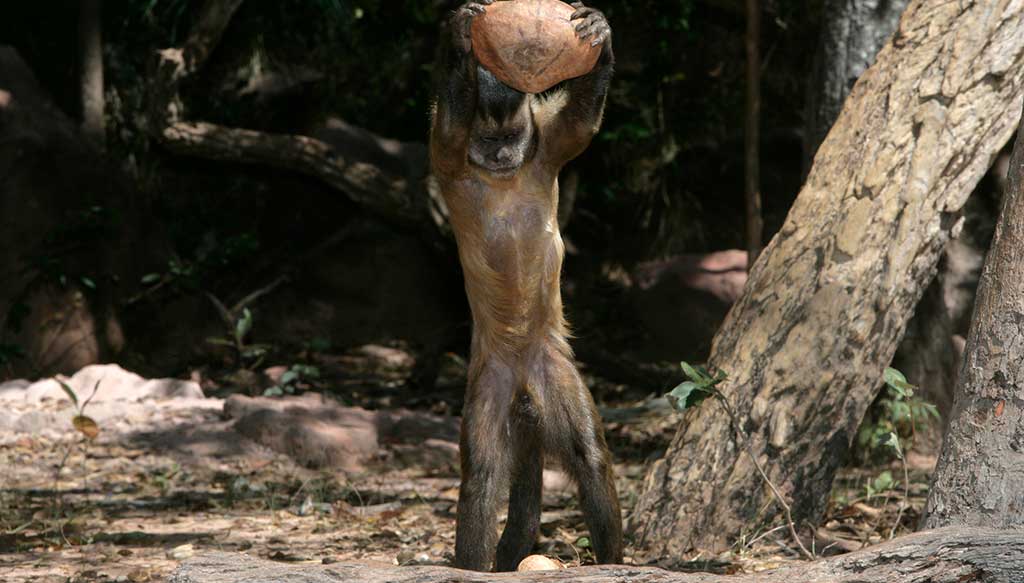 The study, titled “Capuchin and rhesus monkeys but not humans show cognitive flexibility in an optional-switch task” and published in Scientific Reports, asserts that humans are “a unique species and have various ways in which we are exceptionally different from every other creature on the planet, but we’re also sometimes really dumb,” says the study’s lead author, Julia Watzek, a graduate student.

She found that capuchin and rhesus macaque monkeys were significantly less susceptible than humans to “cognitive set” bias when presented a chance to switch to a more efficient option. Baboons and chimpanzees also showed a greater willingness to use optional shortcuts to earn a treat in previous studies, she said.

Ms Watzek and her colleagues set up a computer program that would reward either 56 humans or 29 monkeys in appropriate ways for finding “shortcuts” to solving problems. After learning the task, monkeys went for the shortcut all of the time, while 61 percent of the humans didn’t. In fact, 70 percent of all the monkeys used the shortcut the very first time it was available, compared to only one human.

Does sticking with what’s familiar and proven work? Maybe, provided there’s no great loss for being inefficient. But sometimes inefficient or outdated strategies could put something important at risk. We sometimes ignore warning signs, such as instability in the stock market, lending habits, or strategic military moves, that can lead to dire consequences.

“I’m not proposing to topple the entire Western education system, but it is interesting to think through ways in which we train our children to think a specific way and stay in the box and not outside of it,” Ms Watzek said. “Just be mindful of it. There are good reasons for why we do what we do, but I think sometimes it can get us into a lot of trouble.”

This site uses Akismet to reduce spam. Learn how your comment data is processed.

Trauma changes the brain, even in learning music