Florida is one of the 45 states that has officially adopted the Common Core State Standards, but the way it’s happening in Florida is that the lower grades are starting this year so that by the time these students get to third grade, when assessments are phased in, they’ll have had nothing but the Common Core, the Sarasota Herald-Tribune reports. 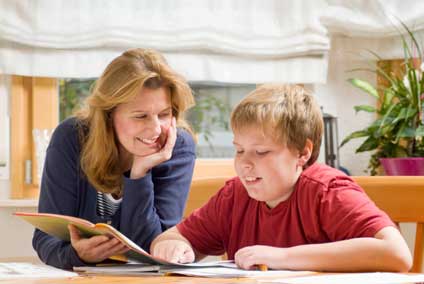 Beginning with kindergarten and first-grade students this year, Florida over the next three years will transition to the tougher curriculum that is the Common Core. It will change teaching in the classroom, bring an end to Florida’s troubled standardized test, the Florida Comprehensive Assessment Test (FCAT), and allow parents and politicians to measure how well Florida students compare to those in other states.

That’s what we all want, right?

Didn’t we say we wanted to reverse the decline in literacy and reading skills and prepare our students for college and the workforce? That we wanted students in all states prepared equally well? Didn’t we? I mean, the system was broken, wasn’t it? Well, without a doubt, the Common Core has made a concerted effort to give us what we were told we asked for.

But to classroom teachers mentioned in the article, the Common Core is “scary”: “It’s not just memorizing something anymore,” one was quoted as saying. Teachers say they’re generally excited about the Common Core but find themselves scrambling to revise lesson plans after just a few days of training in the new curriculum. “It’s scary, it really is,” another said. “I’m thinking, ‘Where am I getting these resources?’ ”

One good thing about the Common Core is that teachers in Florida will be able to share resources with teachers in Illinois and Maryland, and in any state. Our Answer Maryland system is built around this type of sharing—and it’s free—but it’s not the only resource available. Sites like Lesson Planet will soon have to align to the Common Core, or teachers will stop using it.

Instruction in English language arts is notably more involved in the Common Core than it was in Florida’s (or Maryland’s or Illinois’s) most recent state curriculum. Students will have to read more complex texts in order to learn the skills required in the Common Core. That means, first graders won’t be reading about a happy caterpillar that crawls around on the ground and eats anymore. No time for that! They’ll be reading more biographies, histories, and technical texts and reports, and the amount of fiction will be reduced.

When they do read fiction, their analysis is more likely to be guided not by questions like, “Who is the main character?” but “Which character changed the most?”

By third grade, the English language arts Common Core has students writing opinion pieces, using organized paragraphs to support their views. They’re 9. They’ll be required to answer questions about passages they’ve read and refer to parts of those passages that support their answers. The little engine that could! The ant that moved that rubber tree plant! None of this was happening before the Common Core, but we know they have it in them. I think. Well, in fact, I’m not so sure. We’ll see when we start testing them, right?

That’s one of my biggest worries about the Common Core: curricular objectives have been moved so far down in grade level that third-grade teachers under the Common Core could very well look like fifth-grade teachers under a state’s previous curriculum. That’s why they’re scrambling in Florida to revise lesson plans. In fact, teachers in Illinois are now realizing that some objectives, notably in elementary math, might never be taught to certain cohorts of students, because the Common Core didn’t line up perfectly with the Illinois Learning Standards it replaced.

Literacy skills are superimposed on all objectives

But there are a few redeeming qualities—well, one. Just as the mathematics curriculum superimposed mathematical practices on every objective in the curriculum like an umbrella (see our coverage of an AFT grant to the Quincy Federation of Teachers, here), the English language arts curriculum superimposes “anchor standards” on its objectives. In other words, certain skills, looking very “21st-century,” apply to all objectives and should be incorporated into lesson plans to ensure students master these overarching skills in a grade-appropriate way. In reading, they are

So, when students in third grade, at various times during the year in reading class, work on the following objective from the Common Core:

By the end of the year, read and comprehend informational texts, including history/social studies, science, and technical texts, at the high end of the grades 2–3 text complexity band independently and proficiently.

They’ll secretly be developing skills listed in the anchor standards for reading. It won’t be a secret to the teacher (I hope), but students should just think they’re working on comprehension of informational texts.

By teaching a little geography with this lesson, that teacher can help her students master the skill of extracting information from informational texts. But now, take a look at the first anchor standard for reading: Read closely to determine what the text says explicitly and to make logical inferences from it; cite specific textual evidence when writing or speaking to support conclusions drawn from the text. Teachers could ask, “Do any penguins live in Canada?” Students, after reading closely, might cite textual evidence that all penguins live in the Southern Hemisphere to support their answer and then explain where Canada is. A little geography about which hemisphere Canada is in never hurts, but teachers have to incorporate this into their lesson plans during a prep exercise.

As in math with the mathematical practices, these anchor standards set the Common Core apart from most state curricula. They contain those 21st-century skills that are really quite important. In other words, I don’t really care if students know where penguins live. What I care about, as an educator, is that they develop the skill of reading closely, drawing valid inferences from the text, graphics, photographs, tables, etc., and are able to support their answers with specific evidence from the text.

An ulterior motive behind the Common Core design?

On a personal note, I’m not a big fan of standardization, and the Common Core is one great, big standard. It makes things easier for test producers and textbook manufacturers to make one set of materials to drive profit, without having to accommodate individual states. But when we reduce the diversity of something in our lives, a reduction in the quality of that thing usually follows.

I’m also not a big fan of profit when it comes to educating children. Commerce and profit play a role in our lives, but school used to be the place where kids could make mistakes and learn from those mistakes before it had the consequences of some teacher or principal losing his job.

However, setting my personal feelings aside, the task at hand is the Common Core. It’s the law, just like No Child Left Behind became the law in 2002. Some state curricula undoubtedly featured the mathematical practices and anchor standards we see in the Common Core, but the document unifies those 21st-century skills for the entire nation—almost. We will revisit specific items in the document in years to come, I’m sure, but for now, this is what we have.

Paul Katula - Tuesday, November 24, 2020 0
It took a little longer than usual, but as enough states certify their votes, the results of the election become clear, and Joe Biden gets to work.

Obituary: Mike Padron; teacher of the most delicate

Hope that Biden will not advance privatization