This story began about 12 years ago at a high school in Harford County, Md., where Zelikah made it all the way to getting her cap and gown for graduation but wasn’t allowed to graduate, because she punched her English teacher a week before the end of her senior year. But even today, as Anne Arundel County schools Superintendent Ken Maxwell warns seniors of the consequences of illegal behavior after May 1, here in the Maryland Gazette, Zelikah’s story from long ago serves as an example for high school seniors. 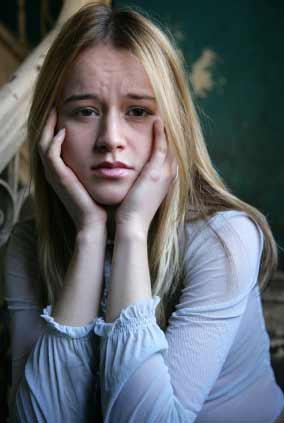 I first met Zelikah nearly two years ago in early summer. She was 28 and eight months pregnant. On that morning, she was pleading with her boyfriend, Dan, to give her $1.60 so she could take the bus from northern Baltimore County to see her doctor. I presumed it was a doctor for her pregnancy, but I later found out that assumption was incorrect. Dan was yelling back at her that he didn’t have the money, and with this little domestic dispute being so out in the open, I walked over and gave her $2 so she could take the bus.

At the time, I didn’t realize that fateful encounter would put me on a path of discovery that would reveal the consequences that often follow students who have the required credits but, because of discipline problems at the end of their senior year, don’t finish high school. Almost every aspect of Zelikah’s life as a 30-year-old adult woman is now defined by her dependencies—on people, on drugs, and on sex.

And while the $2 bus fare was a significant event on my path of discovery, perhaps the most fateful day for Zelikah was the day she started working at a restaurant in Timonium. She had slept on friends’ couches, in the woods, or even on the street since she left home after high school. She would take any job for money, and waiting tables had the added benefit of netting her some food. Dan, 38, worked at the restaurant, and the first day Zelikah met him, she moved in with him, which also included moving in with his long-term unemployed brother, 43, and their widowed mother. They all shared a two-bedroom, Section 8 apartment near the restaurant. He says it was love at first sight, but she quickly countered one day as he kissed her on the cheek, “I didn’t have anywhere else to go.”

Based on what I saw, the activities in the apartment were limited to Dan’s mother buying beer for his brother and cigarettes for herself, the brother sleeping all day on the living room couch, and Zelikah and Dan locking their bedroom door every night so the brother couldn’t get in and sexually assault her. Zelikah told me that he had sexually assaulted her three times since she moved in and that Baltimore County police had once visited the apartment to question the brother in connection with his possession of child pornography.

But she also said she and Dan would walk every now and then to a Target store near the apartment in order to shoplift sundry items at the request of Dan’s mother. I never witnessed these actions, but Zelikah said they would take the stolen items to a Wal-Mart and “return” them without a receipt for a Wal-Mart gift card, with which they would purchase cigarettes for Dan’s mother. Cigarettes also have a 50-cent street value, Zelikah told me: by selling cigarettes to homeless people on the street, she could get money to buy food, drugs, and other items she needed.

Holding a job for more than a few months proved impossible for both Dan and Zelikah, and they both bounced around from one low-skill job to another. She had a job as a cashier at a grocery store but was dismissed because she repeatedly made threatening comments about her supervisor. She worked at a Pizza Hut but was dismissed after only a few weeks because she repeatedly offered other waitresses Xanax pills. “I asked her where she got the Xanax, and she told me she got them on the street,” one waitress said.

That conversation I had with one of Zelikah’s former co-workers at the Pizza Hut was eye-opening. She said Zelikah had also told other servers there that I was giving her money and buying her groceries in exchange for sexual favors. As this wasn’t true and a woman would have no reason for saying such a thing about herself, my only interpretation of her statements was that they were some sort of advertisement—announcements that she would have sex with a random guy she had met on a bus stop in exchange for money. The other servers at Pizza Hut would be her billboard.

At the grocery store before Pizza Hut, Zelikah accused a co-worker of sexual assault during one overnight shift when only two workers and a supervisor were in the store aisles, stocking shelves. “He was all over me, but I told him I wasn’t into black guys,” she said. Again, since I can’t confirm the sexual assault ever happened and her co-worker wasn’t dismissed, I can only conclude her accusation was little more than an advertisement that she was looking for sex with a white man.

Half-truths and behaviors like those described above have plagued Zelikah throughout her young life, repeating with different employers, different men, and different drugs of choice. Her inability to bring her and Dan’s lives together into any sort of functional situation resulted in Harford County authorities making alternative arrangements for their daughter. Zelikah told me she would like to raise her daughter, but so far, almost two years after her birth, authorities have decided to keep the child in the care of Zelikah’s parents. Zelikah and Dan are limited to one-hour visits every other week at a visitation center.

She willingly admits the situation mandated by the court is better for her daughter at this point. “I couldn’t take care of her right now, and I wouldn’t want her growing up in that apartment anyway,” she said. “We couldn’t even buy toilet paper the other day, so how are we supposed to be able to buy diapers?”

If not for constant interruptions to her day to attend drug therapy or support group meetings, Zelikah could clearly use a job requiring at least a high school diploma, but that goal continues to elude her. She was set on getting her G.E.D. She said it would make many members of her family proud, a family that even today can’t seem to provide a place for her to sleep when Dan’s mother kicks her out on the street. I was all set to help her study for the new test, having bought study materials and made lesson plans. But despite several appointments we made for tutoring, she never actually showed up.

And that brings to a close this chapter in Zelikah’s life. Once a pattern of goal-abandonment took root as a senior in high school, one goal after another was abandoned. One bad decision after another has led her, without much support, into a delusional state of depression. She now finds herself hopeless, at age 30, with a distant daughter who is growing up, in an abusive relationship with a man she decided to live with based on one work shift’s familiarity, selling cigarettes for food, and perpetually, predictably unemployed.

Paul Katula - Sunday, October 17, 2021 0
A magazine has launched national and state rankings for elementary and middle schools based on tests. Good idea or irrelevant?

How to ask your date to Homecoming

Better mental health if you eat more fruits and veggies

Shooting at Timberview HS after a fight

All original reporting is available for reuse under a Creative Commons Attribution-NonCommercial-NoDerivatives 4.0 International License.
Published in Baltimore. Thank you for your support of our students, schools, and communities.