Quick test for concussions can be given on field

Following the lead of the NFL, NCAA, and other national organizations like the National Federation of State High School Associations (NFHS), many states, including both Maryland and Illinois, have adopted guidelines for players who suffer concussions during practices or games. 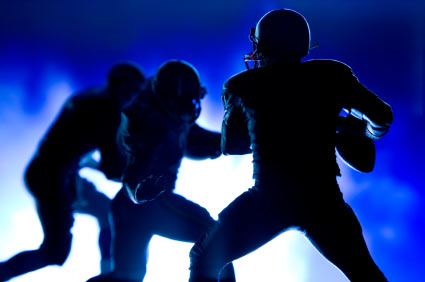 The need for correct diagnosis and proper treatment of concussive head trauma is hitting home across the country’s high schools, as the NFHS reported that more than 1 million concussion courses have now been taken by coaches and other individuals since the federation and the Centers for Disease Control and Prevention (CDC) developed the online course in May 2010.

“We place great emphasis on concussion recognition and treatment, and the extraordinary success of our online course has been gratifying,” said Bob Gardner, NFHS executive director. “The course is 20 minutes long and it’s free. We commend everyone who has taken it.”

In Maryland, for example, new recommendations issued earlier this month from the Maryland State Department of Education limit the number of contact practices in collision sports, such as boys’ lacrosse and football. Coaches in both sports have been advised to place special emphasis on proper techniques for such activities as tackling or body checking.

In football, no live hitting is allowed until the sixth day of practice. During the season, teams should limit live hitting drills and live game simulations to two practices per week. In lacrosse, after the first play date, schools should be limited to a maximum of one full-contact practice per day. In addition, there will be no live checking the day before a game.

Regulations and guidelines like those mentioned above can help to prevent concussions, and already-existing return-to-play guidelines can promote effective treatment in the case of concussions.

But many schools still have a limited ability to diagnose a concussion on the field of play. Sure, new helmets have been developed that can relay statistics about the number and severity of collisions, via telemetry, to a control center, but those helmets run $1,500 apiece.

Besides, the American Academy of Pediatrics says all these add-ons are great marketing ploys to get schools to buy fancy things, but there’s no evidence they actually reduce the risk of concussion. Kevin D Walter, MD, FAAP, wrote on the academy’s website just two days ago:

The desire to protect young football players from concussion has prompted some coaches and leagues to recommend after-market helmet attachments, such as bumpers, pads and sensors. Despite marketing claims that these covers and strips reduce the risk of concussion, no prospective, well-controlled studies show that helmets or third-party attachments prevent or reduce the severity of concussions.

Measuring a player’s reaction time, on the other hand, is an important tool in diagnosing on-field concussions, because concussions make reaction times slower than normal for any given person. Trainers typically use computers running specialized software to measure reaction time, but that limits its applicability in some athletic settings and populations. Some doctors at the University of Michigan came up with a possible solution: they developed a simple test for reaction time that involves grasping a falling measuring stick.

By measuring reaction times for student-athletes before the season, they established each athlete’s “baseline” reaction time. The test involves lining up the 0 mark on a meter stick with the athlete’s outstretched hand. A small weight can attached to the bottom of the stick. As soon as the athlete notices the stick dropping, he grabs it. Doctors then record the distance the stick traveled as a baseline:

Their study, published earlier this year in the British Journal of Sports Medicine, found that student-athletes who had sustained a concussion during play had slower reaction times right after their injury, compared with their reaction times recorded before the season started.

The test appears sensitive to the effects of concussion, they concluded, and distinguishes concussed and non-concussed athletes with similar sensitivity and specificity to other commonly used concussion assessment tools. But the following are also true:

After determining the average reaction time for each athlete, if their reaction time is slower after an injury, more tests for concussion are indicated. Pretty simple.