It has been argued that the wheel is the greatest invention ever. Without meaning any disrespect toward movable type, the ability to harness fire, or even sliced bread, I could easily agree with that judgment. 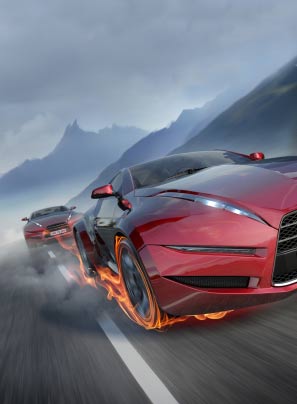 When it comes to wheels, though, our primary advances have come in terms of the vehicle we put the wheel on, be it a covered wagon, a Ford or Chevy, or a racecar. The same basic wheel design is used on all three vehicle types, but the different vehicles have a different efficiency when it comes to getting from point A to point B. The racecars of today just cover any given distance much more quickly—and with much more excitement—than a covered wagon would have in the 19th century.

And so it is with computers. If put into service by a talented program, such as an Internet browser or high-end word processor, they are extremely powerful. Without a browser in today’s world, however, computers are as useless as a disembodied tire would have been in the 1800s.

Sure, we’ve improved the microchips, speed, and connectivity of our computers, just as some advances have been made in the rubber of tires. But my thought is that if we can use computers as educational supplements—tools that we put to use in otherwise good schools—we’ll get much more out of them in our classrooms.

Dreamers who want schools to be “based on” computers, such as developers and promoters of MOOCs or K-12 virtual schools, are missing the point. Computers are no more the school than wheels are the racecar. You can buy all the computers you want, but unless you improve the school, it’s no better than buying a junkyard full of used tires. People who can’t see this include Virtual Learning Solutions former President Sharnell Jackson, whose organization would have run the Illinois Virtual Charter School @ Fox River Valley, if it had been approved, which it wasn’t, who said, “We’re not going to give up. Online learning is here to stay, and we’re going to keep pushing.”

This kind of misunderstanding about the role computers play in our schools is also shown by other charters, who think they, too, have discovered a new wheel called ‘privatization,’ but all they’ve really done is put the same wheel on a different car, which in many cases takes us back to the covered wagon days rather than moving us forward to the advanced racecars whose tires catch fire and keep on rolling. They, in fact, understand so little about the difference between the wheel and the vehicle that the Securities and Exchange Commission isn’t even sure some of them in Chicago are operating within the law.

I’ve talked with several teachers who like the privatization movement in our schools. The private corporations bring in all sorts of bells and whistles, like computerized whiteboards, clickers, and handheld devices for backchanneling. They bring in new furniture and shiny textbooks, which teachers appreciate. The libraries and media centers are filled with resources, while many public schools even lack libraries.

These are all great wheels, of course, but as one investment service, Moody’s, points out, dedicating these wheels to charter schools in many urban districts, like Chicago and Philadelphia, hurts the traditional public schools without getting students from point A to point B any quicker. The main reason for the harmful effects, the investment service claims, is that federal regulations push districts to close schools based on declining test performance or enrollment, which in turn causes further declines in both parameters and decreases the quality of the public schools even more.

“While the vast majority of traditional public districts are managing through the rise of charter schools without a negative credit impact, a small but growing number face financial stress due to the movement of students to charters,” a team of analysts write in a new Moody’s report, the Washington Post said.

Other writers and analysts agree with this assessment, including Diane Ravitch, in her new book, Reign of Error (see pp 320ff):

The federal regulations are like quicksand: the more schools struggle, the deeper they sink into the morass of test-based accountability. As worried families abandon these schools, they increasingly enroll disproportionate numbers of the most disadvantaged students, either children with special needs or new immigrants. … Low grades on the state report card may send a once-beloved school into a death spiral. What was once a source of stability in the community becomes a school populated by those who are least able to find a school that will accept them. Once the quality of the neighborhood school begins to fall, parents will be willing to consider charter schools, online schools. … In time, the neighborhood school becomes the school of last resort not the community school. When the neighborhood school is finally closed, there is no longer any choice.

Evidence of this trend comes from Chicago, where many students have elected not to attend the schools chosen by the district to welcome them after last year’s massive closing of schools, the Chicago Tribune reported a few days ago.

This is, once again, a spiral that leads to the annihilation of public education in a district. As more and more students decide not to attend traditional public schools—probably because the curriculum has been narrowed, all the resources stripped, and all the funding sent to charter operators—the enrollment at those traditional public schools declines even further. Then the district is justified in closing those schools to centralize resources, kids and their families won’t want to travel great distances to go to school, and charter schools that rise in the wake of school closures will be the only choice remaining.

Charter schools, which were intended to increase the amount of choice families had for educating their children, have exactly the opposite effect.