Public bid law under scope in La. for PARCC tests 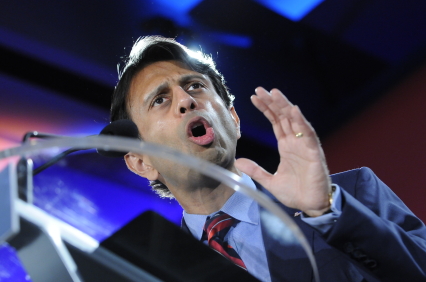 Billion-dollar contracts that include several states are breaking new ground, and they may be running afoul of state laws. This we learn from a case in Louisiana, where Gov Bobby Jindal is trying to pull the state away from the Common Core and the PARCC tests that measure it, against the will of Education Superintendent John White.

In a strongly worded letter, addressed to Massachusetts Commissioner of Public Education Mitchell Chester, who also serves as the commissioner for PARCC, Mr Jindal accuses the state board of breaking the law as follows:

In order to make the tests right with state law in Louisiana, Mr Jindal is focusing on what some people might consider minute details of state bidding and procurement law. Mr White said that very thing in response.

“We’re at a crossroads,” the New Orleans Times-Picayune quoted him as saying, right after the state board voted 6-3 to authorize the hiring of outside lawyers for a lawsuit against Mr Jindal to let them administer PARCC’s tests this year. “It’s not a crossroads about Common Core. It’s not a crossroads about PARCC,” he said. “Finance and purchasing have collided with academic policy, and there’s a question about who makes the decision.”

But as much as I may disagree with Mr Jindal on matters of vouchers and charter schools, he is the governor of Louisiana and he’s sworn to uphold all the laws in the state. The PARCC contract will be administered not through Louisiana but through a lead procurement state (New Mexico) and fiscal agent state (Maryland). If that violates the state’s laws, it’s going to be an issue no matter how much people try to sweep it under the rug.

Mr Jindal’s commissioner of administration, Kristy Nichols, has a simple explanation of this lawsuit initiated by the Board of Elementary and Secondary Education (BESE): “Today’s action boils down to one simple thing: BESE voted to hire outside counsel to determine if the Department of Education should follow state procurement law,” she said. “We think the law should be followed.”

So do I. As an educator in Maryland, it is not my place to tell the good people of Louisiana how to run their schools, what curricula to use, what tests to administer, how to score those tests, etc. That’s not how it’s supposed to work.

But that’s what PARCC is. I’m sure people are unhappy in many states with some decisions made in order to reach a consensus and move forward. It’s hard enough to get a bunch of people in one state to agree on the text of a test item, for instance. With PARCC, they have those types of intra-state issues, plus inter-state issues, and the inter-state issues are with people who have their own intra-state issues. It wasn’t expected to be a smooth process.

Algebra 1 PARCC: points on a line