Mr de Blasio made a campaign promise to roll back the ban, the Times reported. “It is, for parents, very, very important to know how to reach their kids. And we have to come up with a universal way to make sure that that opportunity is there for our young people.”

By “universal,” the mayor seems to have been referring to the fact that some schools in the city use something like a “don’t ask, don’t tell” enforcement policy, in which cellphones not seen or heard can be carried around by students, while other schools don’t even allow students into the building with cellphones. 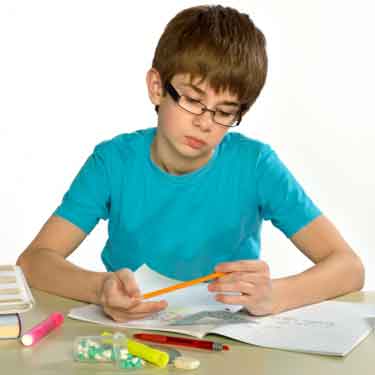 There’s little doubt, though, that students everywhere are using cellphones in school.

“I don’t think it’s going to be very long before it becomes very standard” for schools to allow all students to carry cellphones, the Times quoted Daniel A Domenech, executive director of the American Association of School Administrators, as saying. “I think the horse is pretty much out of the barn in general.”

But just because their use is, for all intents and purposes, ubiquitous doesn’t mean schools have to acquiesce to the likely use of cellphones in classrooms.

An argument surfaces occasionally, in support of lifting these bans, that even before kids had electronic devices, their minds would wander during class as they found themselves bored.

“Did kids never doodle in the columns of their textbooks and always pay rapt attention to their teachers?” the Times quoted Sylvia Martinez, former president of Generation YES, as saying. “Blaming the cellphone or laptop for kids being distracted is kind of silly.”

But I think doodling is a red herring in this argument. It’s an activity that takes nowhere near the brain power or focus that texting or playing Candy Crush on a cellphone does. And if cellphone use is ubiquitous, so is the increase in laws that prohibit texting while driving. We may multitask, but in reality—and classrooms are just as real as driving—we can only pay attention to one thing at a time.

Although I disagree with Ms Martinez that doodling is the same thing as texting, I agree wholeheartedly with her assertion that cellphones and other handheld electronic devices aren’t the root cause of the problem.

The real problem is something like a perfect storm: As the number of toys available to kids of all socioeconomic statuses has increased, so has the degree to which school has become boring.

In the elementary grades, we take away recess so that 10-year-olds can spend more time in the same classroom with the same surroundings and the same teacher drilling the same lessons over and over about math and reading. In high schools, we push students to pass college admissions tests and give them about four minutes to pass from one class to another, completely ignoring what may be their own life goals and cutting down on the time they have to socialize.

In middle school, kids get the worst of both worlds: no recess and very little time for socialization. What exactly do you expect kids to do who have more electronic devices that can be used for communication and schools give them less time to socialize and communicate with their friends?

It’s as if people advancing both sides of this argument about banning cellphones in schools have no sense of what is really going on here. Need to get a life.

Until very recently in our evolutionary history, it was a selective advantage for humans to seek new adventures everywhere. We have since settled down, mostly due to the development of agriculture, but about half the students in our general education classrooms probably have a lower number of dopamine receptors (D2 and D3) in their brain’s reward center.

This makes them susceptible to becoming bored easily, and we give them Adderall or some other stimulant to prevent the uptake of dopamine by the blood. We do this to keep them focused, but if we don’t drug kids, about half of them probably have the natural tendency to bounce their focus around.

In order to survive, that is, cavemen had to hunt in settings that were constantly changing. They adapted and survived, passing on the genes that gave their descendants—today’s ADHD kids—the natural tendency to seek novelty.

Some kids need drugs in order to function. I’m not denying that reality. However, the cellphone debate is the tip of the iceberg when it comes to kids who are bored and seek contact with their friends during the school day, not to mention parents who need to remind their children they still love them continually.

It’s getting harder and harder for me to believe that school officials, who are supposed to be teaching our kids about the facts of their world, have used arguments that are illogical and devoid of reasoning.

Support or refute the hypothesis that cellphone use by students in school is a continuation of the once-advantageous trait of seeking novelty in our lives. See Common Core English language arts standard SL.11-12.4 for more information.