“There’s nothing worse than taking a beautiful steak and covering it with other flavors. Sauces, rubs, and butters are fine, but if I’m going to eat a steak, I like to taste steak,” writes Steak Enthusiast.com. “If you are using a lesser cut of meat or poorer quality, marinades are a great tool. But we are talking steak here, and all it needs is a little salt, pepper, and some heat to cook over.” 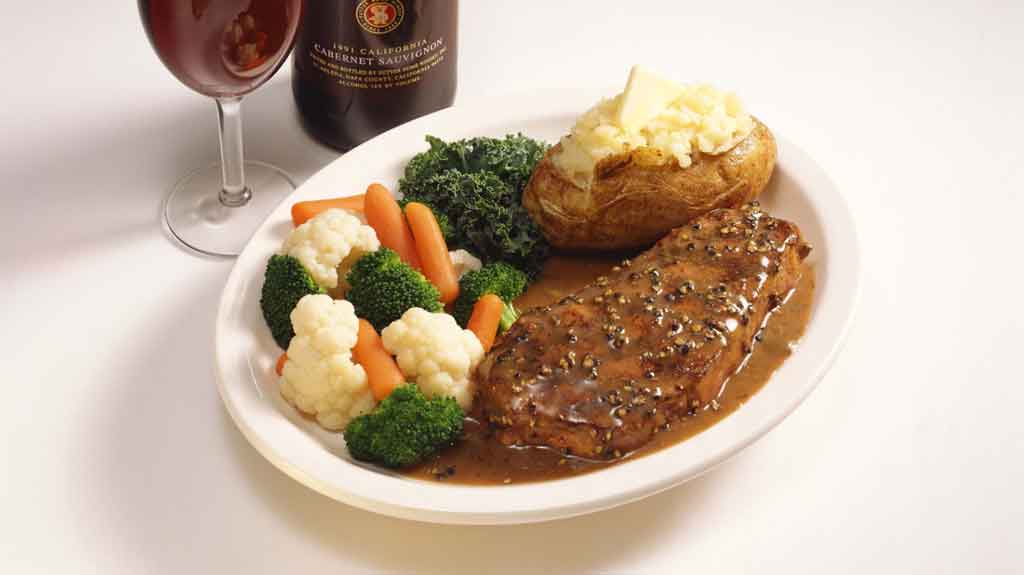 In other words, if you have a good cut of meat, of sufficiently high quality, you don’t want to cover up the flavor. The same goes for a good story: It shouldn’t need superfluous and annoying distractions in order to be told well to audiences of all ages.

Just as the heavy use of gravy on a steak is a hint that the steak’s not good to eat, the heavy-handed proselytizing in the current movie, Yellow Day, sends the message that the work of the people who are the basis for the story aren’t good people and have something to hide.

But they have nothing to hide, as Camp Grace, where the movie takes place, is real. It’s a camp for abused and disabled kids or those from troubled families in Mobile, Alabama. Since its founding more than 60 years ago on 220 beautiful acres, the camp has expanded its reach.

The mission of Camp Grace “is to create a fun and adventurous environment that existing camps and organizations can use for their campers and participants. We work with a variety of organizations that focus on providing recreational camping experiences for children with health issues as well as provide opportunities for other groups to have unique experiences only found here at Camp Grace.”

Through the decades, many children have found supportive comfort and emotional healing there. A rope course, featured prominently in the movie, gives kids with physical disabilities a sense of true accomplishment, builds their self-esteem immeasurably, and helps them learn to trust others. Today people at the camp use the talents and treasures that have been bestowed upon them to serve the needs of others.

That message is universal, but the movie preaches to the choir in that it implies Christianity alone is responsible for the mission of helping our fellow human beings. It would have been far better to tell the story as a dry documentary than it was to embed it in a romantic non-comedy and make a cheap cartoon out of the work in Alabama.

The animation, integrated seamlessly into the live action by Magnetic Dreams out of Nashville, isn’t bad by Hollywood standards, but its use is a distraction to the story. Director Carl Lauten and writer-producer GP Galle Jr take every chance they get to interrupt the narrative with a lesson about God’s plan or King David of Biblical times. On top of that, we get stilted dialog that sounds more dictated than acted out with actual 20-somethings; we hear a deep-voiced narrator who sounds more paternalistic than conversational when he tells us God’s plan for the Christian universe; we cringe as a 10-year-old girl refers to a 20-year-old woman as a “girly,” even as other clues tell us she is passing through time in a way we can’t fathom.

But when all these elements fight against a non-engaging story with an implausible premise, we can no more discern the message than a janitor in a well-lit church can see two people sitting in the pews as the movie begins. Even with such a low standard of filmmaking, though, I suspect Christians who want to watch 98 minutes of other Christians doing good things will be OK in the audience of this film, but not if they’re older than about 9. Since the film isn’t likely to appeal to Christians older than that, younger viewers may miss the entire premise, which involves what Roger Ebert used to call a “meet cute.”

John (Drew Seeley) visits Camp Grace on Yellow Day, an annual event named for a 15-year-old terminal cancer patient who said, famously, that good days at the camp were “yellow” and filled with sunshine. John meets Monica (Lyndsey Shaw) after the two are accidentally locked in a church where they go to pray. They spend the night sleeping on pews, and she lets him sleep all “peaceful” looking after discovering several messages and missed calls that require her immediate attention. She leaves without saying good-bye.

He comes back a year later, hoping she was one of the campers so he might continue the romance that was budding when their time together was cut abruptly short. With the help of a 10-year-old girl (Ashley Boettcher), also a camper, he tours the camp but never finds his lost love. During the tour, he discovers the meaning of faith and finds he can’t prevent an inevitable journey toward death, which comes to so many campers whose names are read every year during the well-attended Yellow Day celebration.

Unfortunately, there’s no setup for any romantic feelings between John and Monica. By the end of the movie, we care about the kids at Camp Grace but have no sense of longing for John and Monica’s attraction, even as they kneel before the altar at the church in prayer and bring the lives of good Christian soldiers to Hollywood.

On limited release in the US, December 25, 2015, Yellow Day is rated PG. We saw it on January 17 in Grandville, Michigan. It features situations involving romance and a few lines of dialog about parents who abuse their kids. Plus, a woman is hit by a car, but she doesn’t get hurt.

We review movies in order to support Illinois Learning Standards in the fine arts, especially 26.A.4b (Understand how the primary tools, support tools and creative processes—researching, auditioning, designing, directing, rehearsing, refining, presenting—interact and shape drama, theater and film production), 26.A.5 (Analyze and evaluate how the choice of media, tools, technologies and processes support and influence the communication of ideas), and 27.B.5 (Analyze how the arts shape and reflect ideas, issues or themes in a particular culture or historical period), among others.

Movie review: The Edge of Seventeen

So was Christianity fake news?