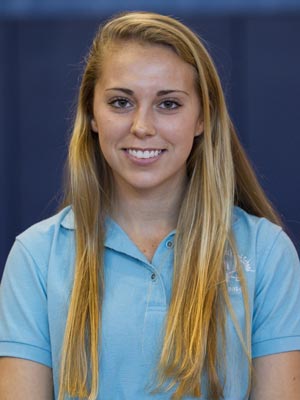 Emily Granger of Easton, Md., and Andrew Miner of East Greenwich, R.I., on Dec 13 in New York were named national winners of the 20th annual Wendy’s High School Heisman Award, recognizing high school seniors who excel in sports, academics, and community involvement. These students were chosen from more than 48,000 applicants nationwide. The Wendy’s High School Heisman Award, inspired by Wendy’s founder Dave Thomas, celebrates the achievements of exceptional student-athletes and provides a platform for their continued growth and success. Since 1994, more than 450,000 students have been nominated for the award.

“Just like Heisman Trophy winners, Wendy’s High School Heisman winners never settle. They epitomize great ability combined with diligence, perseverance and hard work in everything they do,” said Archie Griffin, the only two-time winner of the Heisman Memorial Trophy to date and a long-time spokesman of Wendy’s High School Heisman. “Congratulations to Emily and Andrew, and all of our 2013 national finalists. Their achievements distinguish them as some of the best scholar-athletes in the nation, and we’re honored to be a part of their success.”

Emily Granger, Saints Peter and Paul High School
Hometown: Easton, Md.
Ms Granger exemplifies a true scholar-athlete at Saints Peter and Paul High School. She has lettered in basketball, lacrosse, and soccer. She was named most valuable player, an All-Conference, All-District, and All-State athlete for lacrosse, and has set three school records while playing on the soccer team. In the classroom, Emily has received awards for exemplary scholastic achievement, team spirit, and outstanding sportsmanship. She is involved in her community through her work with her school’s Key Club.

Ms Granger’s philosophy, according to the High School Heisman website, is “Success is the refusal of failure.” See more information about her on the organization’s website, here.

Ms Granger and Mr Miner will each receive a $10,000 donation to their high school, a crystal Wendy’s High School Heisman trophy and a $500 Wendy’s gift card.