CBS This Morning (YouTube) announced the winner of the first-ever Music Educator Award today from the GRAMMY Foundation, and it is Kent Knappenberger, a music teacher and choir director at Westfield (N.Y.) Academy and Central School. 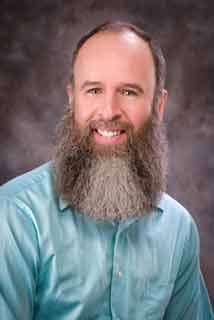 “The people I teach and what I do is very important to me,” CBS quoted him as saying. “I know there is a country filled with very talented educators, and as much as I have learned about the other finalists, I’m just so glad to be, you know, part of something that they do.”

The school described Mr Knappenberger as “a champion of music education in our rural, community school district” and said the community “could not be prouder” of the 25-year veteran music teacher.

Some of his former students nominated him last year (the deadline comes in March). He was one of about 30,000 educators whose names were submitted in the inaugural year. During the selection process, he had to submit a four-minute teaching video, two detailed essays, and a six-minute video about his teaching philosophy.

He holds a bachelor’s degree from the State University of New York, Fredonia, and a master’s degree in music education, harp performance, and literature from the Eastman School of Music.

The GRAMMY Foundation established the Music Educator Award to recognize teachers who have made a significant and lasting contribution to the field of music education and who demonstrate a commitment to the broader cause of maintaining music education in the schools. Mr Knappenberger epitomizes that ideal, as shown through the words and work of his students.

“You get to know him,” CBS quoted one of his students as saying. “And he goes from like this crazy, abstract guy to someone who just, like, nourishes everything you care about in yourself. I realized that I actually did have, like, this gift, kind of, that I could use to help people. And that’s made all the difference in my life.”

Westfield serves about 730 K-12 students, and Mr Knappenberger teaches sixth through 12th graders. Students in grades 4–12 participated in a Red Carpet Celebration on Jan 15 in honor of his selection as one of the 10 semifinalists. I wonder what they’ll do this time. (A community reception is planned for Jan 31, according to the school’s website.) He will formally accept the award at the 56th Annual GRAMMY Awards ceremony in Los Angeles on Sunday, Jan 26. The telecast begins at 8 PM EST on CBS.

“I am extremely humbled and honored to be the recipient of the first-ever Music Educator Award,” he said in a press release. “I believe that this award has already been and will continue to be a tremendous encouragement to all music educators. Besides the attention it has brought to many fine teachers, it brings attention to the importance of music education in general.”

For the award, Mr Knappenberger will receive a $10,000 honorarium, and the nine other finalists will each receive $1,000 honorariums. All their schools, none of which are in Illinois or Maryland, also will receive matching grants. The honorariums and grants provided to the finalists and schools are made possible by the generosity and support of the GRAMMY Foundation’s Education Champions Box Tops For Education, Converse, Ford Motor Company Fund, Journeys, Microsoft Surface, and Universal Music Group.

Are music’s biggest awards stuck in the past?