Canceling school for cold weather is a tough call

High temps in Illinois on Monday are not expected to rise much above 0°F, if at all, and many school districts, including Bloomington Unit 5, have preemptively canceled classes for Monday, Jan 27, the Bloomington Pantagraph reports.

The Naperville Unit School District 203 announced on its website in both English and Spanish and on Twitter that “All schools are closed for Monday, January 27, 2014 due to extreme weather conditions. … Please use every precaution for your family during these dangerously cold temperatures.”

And Chicago Public Schools, the nation’s third-largest school district, announced the cancellation of classes Monday for about 400,000 students. 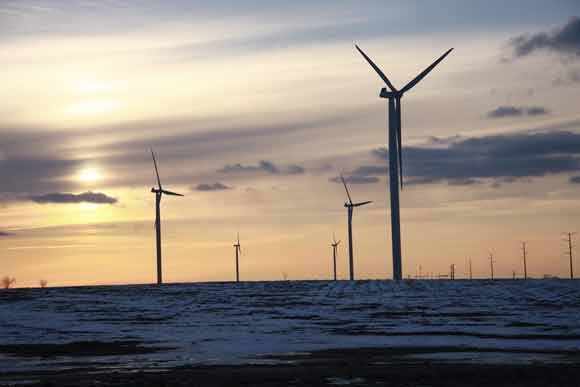 Subzero temperatures are expected to begin overnight Sunday and last for more than 48 hours in Chicago and the surrounding area, making travel to and from school very dangerous. The National Weather Service in Chicago issued a wind chill warning for the Chicago area from 3 AM Monday to 9 AM Wednesday, stating that cold air temperatures, combined with wind gusts of 35 to 45 mph, will bring the effective wind chill to between –30°F and –45°F.

Although the temperatures are in Celsius, the best wind chill guide I’ve been able to find comes from Canada, here. A good benchmark is –40°F = –40°C. According to the Canadian guide, exposed skin will freeze in five to 10 minutes if the wind chill is between –40°C and –47°C, the predicted wind chills in Illinois over the next few days. If it gets much worse, exposed skin will freeze, depending on the moisture content of the air, in two to five minutes.

There’s also a frostbite-minutes chart available from the Weather Channel, here, which doesn’t do quite as good a job of explaining the danger as the Canadian chart does, but we point it out for completeness.

Two minutes is barely enough time to walk to a neighbor’s house, let alone all the way to school. And for students who take the bus to school, any exposed skin could freeze while they wait on a bus stop.

The Pantagraph’s front page Friday featured a story about how district superintendents wrestle with the decision to cancel school due to cold weather. “You are never going to make everybody happy on a day like today,” the paper quoted Gary Niehaus, superintendent of Bloomington Unit District 5, as saying.

Sometimes parents are given the option of keeping their kids home on account of the weather while the schools remain open, but then, of course, their kids miss whatever their teachers are covering that day and will have to make up the work. Other teachers anticipate a school cancellation and assign extra homework to keep kids busy during the day off.

The opinions of parents seem mixed. Some are glad when school is canceled and kids don’t have to deal with the problem of making up work. Others say they had to walk to school, uphill both ways, in weather that was far worse than what Illinois will experience over the next few days. This latter group contends that we are turning our children into crybabies or weaklings by closing school when it gets this cold.

I tend to err on the side of caution. Yes, kids need to learn how to dress for extremely cold weather—in layers, avoiding exposure of any skin to the wind for more than a few seconds—but I just don’t think we need to take a chance that some parents don’t even know how to take care of themselves in extreme cold and therefore have no hope of imparting this knowledge on their children.

It’s interesting that District 203’s website puts the announcement in both English and Spanish. Illinois’s student population is growing more and more Hispanic. Immigrants to the US from warmer countries may bring parents to Illinois who are completely unfamiliar with the danger of cold weather. Although I understand people who say we need to teach kids how to dress for these extreme weather conditions, there’s also a part of me that finds that argument biased against Illinois’s growing Hispanic community.

Plus, I wouldn’t want to be the superintendent who made 10-year-olds wait on a bus stop not dressed properly for the weather because their parents didn’t know how to dress them for the cold, and that’s where I leave my judgment.

We applaud Unit 5 in Bloomington, Naperville 203, the Chicago Public Schools, and the many other districts that canceled school for Monday, knowing how dangerous the conditions would be for children entrusted to their care.