Thanks to a wave of parent volunteers, third and fourth graders at Half Day Elementary School in Lincolnshire, Ill., took part in the school’s annual Math Olympics on Feb 7, the Lake County News-Sun reports. 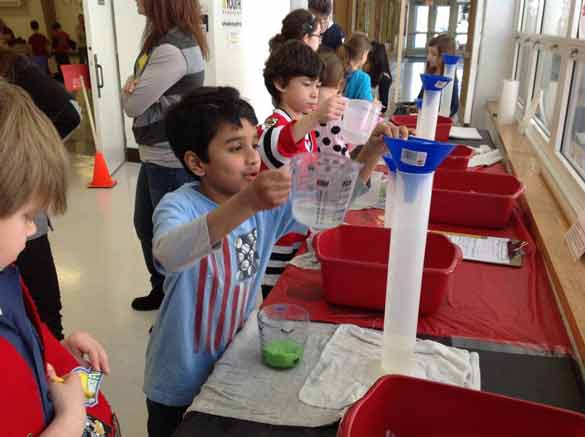 (All photos via Facebook/Lincolnshire-Prairie View School District 103)
“We’re really lucky to have such great volunteers,” the paper quoted enrichment coordinator Ruth Wilcox as saying about the parents who worked each station in the games. 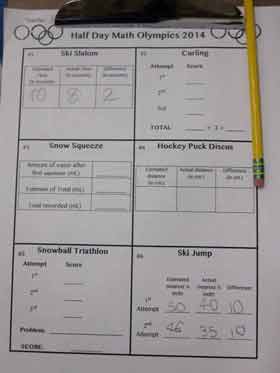 She explained that the school this year decided to coordinate the Math Olympics with the start of the 2014 Winter Olympics in Sochi, Russia, and to make the 2014 effort larger.

The district posted, on its Facebook page, a video of students singing the National Anthem to open the games of the Math Olympics, here. Ann Swisshelm of the women’s curling team in Sochi even tweeted about a video send-off recorded by students at the school and intended for the US Olympic Team in Sochi:

And then, once all the preliminaries were done, the games began!

With each event, students took measurements, such as the length of long jumps, tossed balls and “discus pucks” into targets shaped like Olympics-colored rings, and participated in several other activities with the goal of connecting mathematics to sport and competition.

Students then earned medals based on their math problem solving skills.

Previous articleCue the music. MSA will have a swan song.
Next articleLots of snow and closures in the Northeast