I have tutored kids in biology who were also paying tutors in other subjects a hefty hourly wage. With these kids, the typical after-tutoring discussion was about school and their classes. “I wish Ms So-and-so would just transfer ‘him’ to the regular biology class, because he doesn’t care about school,” they would say. “The honors class should be just for students who care.” 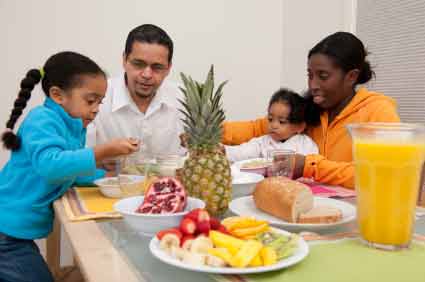 And I have tutored a few brilliant kids in biology who had dreams of med school or, one I remember, who honestly wanted to work in quality control for food processing or something along those lines. These kids needed extra help because they were falling behind in biology class, as well as their other classes, but their parents could barely pay me minimum wage, which I accepted, of course, whatever they could afford.

With the latter group, I would say the most memorable after-tutoring discussions we would have were about how many hours they were working at the McDonald’s or what they should tell their parents to do to avoid getting the electricity shut off. (Obviously, I didn’t accept the money at those sessions, but I did not believe they were making up some hard-luck story.)

Sometimes their parents would invite me over for dinner, and let me tell you, the difference between wealthy families and poor families at dinner was stark and left a lasting imprint on my mind about where achievement gaps are born.

A few weeks ago, the Stanford Center on Poverty and Inequality released a report about how we’re doing in the US at eliminating the gap between our richest and poorest people—between those families that fork over outrageous sums for multiple tutors for their kids and those who can’t seem to keep the electricity on in their Section 8 apartments. It is an amazing report the center released just before the State of the Union address. The full report is available here.

The last section of the report is about education and the disparity of opportunities in education created by the wealth gap. It’s written by Sean F Reardon, who has published some enlightening work about achievement gaps in US education. One of his fundamental theses, explained in a New York Times op-ed, here, is that although the achievement gap between whites and blacks and the one between whites and Hispanics are narrowing, the achievement gap in math and reading is growing wider between the group of kids whose families are at the 90th percentile of wealth and those whose families hover around the 10th percentile.

The black-white and Hispanic-white gaps are still unacceptably large, despite decades of the Elementary and Secondary Education Act, which was put forth at the federal level in the 1960s to narrow these gaps. But these gaps have grown narrower while the rich-poor gap has actually grown worse over the same period. “The achievement gap between children from high- and low-income families has widened by roughly 40% in the last three decades. It is now considerably larger than the racial achievement gaps,” the report states.

Based only on my conversations with different kids from long ago, I think one effective way to reverse the trend in the rich-poor gap would be to increase the minimum wage. Sometimes poor kids would have a job or two because their parents weren’t bringing home enough to keep the apartment warm, and giving working parents a raise might mean the kids would get a few more hours every week to study. Or socialize. Or develop other important life skills. Like dreaming.

I’m no economist, and I certainly don’t claim to know anything about the macroeconomics of the minimum wage. I also hear small business owners’ objections that any increase in the minimum wage will make it more difficult for them to hire people. I’m not sure I believe hiring people would be impossible, just that it would result in lower profits. It’s probably a little of each, since as you notice, I’m not a personal tutor in biology anymore. An increase in the minimum wage might create a strong disincentive for people to create small businesses and future employment opportunities.

But my experience of not taking kids’ money for tutoring when I knew the situation is parallel to the minimum wage question now before the US Congress and the legislatures of several states, including Maryland.

Dan Rodricks in today’s Baltimore Sun writes a column entitled “More Sugar for Sugar Daddies?” in which he wonders, “I wouldn’t mind the conservative [Maryland state Senate President Mike] Miller’s predictable grousing about raising the minimum if he were not supporting raising the exemption for the estate tax. Are we supposed to see this as a trade-off? The working poor can have a raise as long as we give some sugar to the sugar daddies? Is that what’s going on?”

It would seem he hit the nail right on the head. It shouldn’t be a trade-off, since tax-and-transfer policies have generally worked following the Great Recession, but it is, isn’t it?

Of course, there will always be poor people, and their kids will always give their tutors hard-luck stories about utilities, rent, food, and whatnot. Some people might even suggest narrowing the achievement gap isn’t the real goal anyway.

On a microeconomics scale, of course, it’s not. In business, in employment, and so on, it’s “every man for himself” (ignore my blatant sexism, but it’s a figure of speech). But this is one case where I think we really do have to look at the bigger picture: Our public schools are filled with kids from a wide diversity of income, and these kids have to work with each other in order to make classrooms run smoothly, without the complaints from the rich kids about just removing students who have trouble getting enough sleep because their parents don’t make enough money to keep the lights on.

But “four and a half years after the end of the Great Recession,” the Stanford report says, “the ensuing recovery has left unemployment high for an extended period and has been slow to restore income growth for most households, especially those in the middle of the distribution.” That is, the top earners, which might include business owners, have rebounded, but most people are seeing very slow recovery. An appropriate increase in the minimum wage would help.