Students at a Chicago-area high school are “3D-printing” prosthetic hands for kids and, in the process, having a positive effect on many people’s lives, including their own. 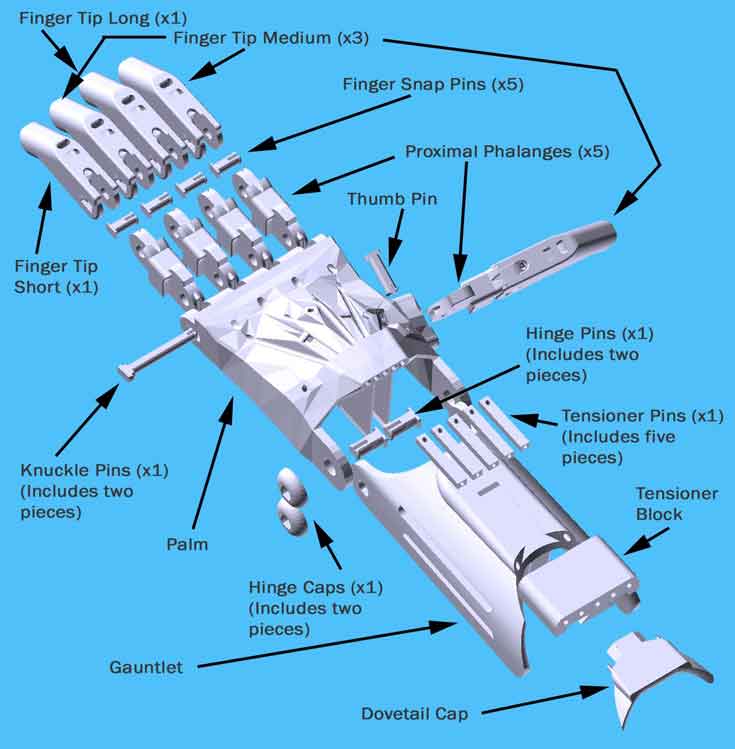 Students Leslie Arciniega, Uriel Martinez, and Michael Valdez at East Leyden High School in Franklin Park, Ill., tell us how students in an introductory engineering class make prosthetic hands for children with the help of a 3D printer.

Ordinarily, the students write, prosthetic hands cost more than $1,000. And kids outgrow them quickly. But “with the help of the organization E-nable, we make a difference in other people’s lives by 3D-printing the hands, depending on their individual needs, and customly painting to what they desire.”

The painting is optional, and there’s a bit of math involved with the engineering. Students have to take measurements from photos, which is the equivalent of applying a dilation or contraction in geometry.

But once they’ve got the measurements, they “alter the general model of the prosthetic hand to customize it to the individual and then begin to 3D-print the hand.” Final assembly, which includes threading the artificial tendons so the recipient can move his or her fingers, doesn’t take long but requires some careful, precise handiwork.

The finished prosthetic hands have a positive effect on the recipients’ lives. “You then realize that you are changing someone’s life positively. I know for a fact that this has made a difference in my life, knowing that I have helped someone out and hopefully made their lives a little better,” the students wrote.

[Editor’s note: In May 2014, we reported on a group of biomedical students at Washington University in St Louis, who used a 3D printer to make a prosthetic arm for a 13-year-old girl, painting it pink at her request. And in December 2013, we reported on a high school robotics team building a prosthetic hand for a 4-year-old girl in Michigan. She had outgrown her original prosthetic.]
Previous articleReligious freedom bumps into gay rights in Ind.
Next article2 states add citizenship test for graduation; Md. next?

Debate: Are summer service ‘vacations’ worth it?

The MIT Fab Lab comes to a Wis. high school