If a high school football player stumbles to the sideline after taking a hard blow to the skull, athletic trainers will often administer a test to determine the likelihood that the athlete has suffered a concussion. There are even apps for this test. Now the validity of those tests is being significantly questioned, and we may be right back where we started, reports the New York Times.

“There has really been so much hype surrounding CTE [chronic traumatic encephalopathy, the degenerative brain disease found upon autopsy in dozens of former NFL players], so there is a real need for making sure the public knows that this type of science moves slowly and must move very carefully,” the paper quoted Robert Stern, a professor of neurology and neurosurgery at Boston University School of Medicine and a founder of the Center for the Study of Traumatic Encephalopathy, as saying. 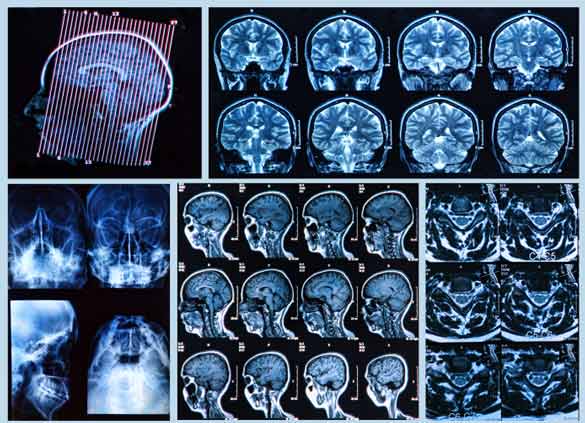 Brain of an Alzheimer’s patient: studies link concussion with Alzheimer’s Disease
One of the problems is that CTE can only be diagnosed after the patient is dead, and current medical science can’t go in and repair damage like that in the brain, although we’re trying hard. We’re talking about reconnecting the axons and dendrites of neurons that have become detached here, and well, neurosurgeons just don’t do that because of massive barriers to success. Right now, if some of the brain’s fragile connections break when the soft tissue gets sautéed in a hit, there’s no way to fix it.

The brain has lots of redundancy, and for most bodily functions, there’s no single point of failure in the brain itself. If one nervous pathway gets broken by injury, there’s often another pathway for signals to take that will accomplish the same purpose. But once a pathway is lost, it’s lost forever, so the only way to stop the complete loss of critical functionality is to prevent the injuries from occurring in the first place.

Helmets don’t do that. The equipment can protect students from lacerations and bruises, but there’s no way to stop the brain from splashing around in the skull during a hit, either from another player’s helmet or from a rock-hard soccer ball.

And not every pathway in the brain has a backup. Death on the football field came to more than a dozen high school athletes in the fall 2013 season, including Tyler Lewellen, a defensive back for Arlington High School in Riverside, Calif., as reported here by the New York Times.

From personal experience, an anecdote

About 10 years ago, a high school district in Illinois was claiming all extracurricular activities would be cut, including marching band, basketball, and football, if voters didn’t pass a tax increase for the district. Illinois schools rely heavily on local property taxes for their revenue.

I decided to go to the school and interview kids who participated in these various activities, with their teachers’ permission. When I talked with four marching band students, we sat in a practice room and had a conversation about the pros and cons of passing the tax hike.

When I sat down in a locker room with one of the star football players, an offensive tackle who was bound for a Division I school, probably on a scholarship, he absolutely couldn’t focus on any sustained discussion. I even had to repeat a fair number of questions that required only a short answer on his part, but follow-ups weren’t followed up, because he lost track of the conversation one or two questions in.

Linemen, who do all their best work “in the trenches” of football, are known to use their helmets as battering rams. And this was a few years before anybody started talking about concussions.

I was embarrassed for him. For my part, I got one or two soundbites, but I really wanted to talk about what participating on a team meant to him. No luck. My entire article was based on the intelligent conversation I had with the four marching band students, who were better able to interact with the subject matter.

It’s not easy to say if this is tolling some kind of death knell for football, at least for how the game is now played. This game has brought hundred-million-dollar contracts to people, and it has left others with early-onset dementia. Unless the rules change drastically, NFL players will be forced to choose between their brains and their bank accounts.

Of course, football starts when kids are young. It’s almost impossible to be on an NFL team unless you played football in high school. As a 15-year-old freshman, it’s often parents who provide the final answer to the “brain vs bank account” question for their kids, through whom they seem to live vicariously.

Among all the sports played in US high schools, football has the highest attendance, and revenue to the schools is greater for football and associated sales than for any other varsity sport. Schools aren’t designed to make money, though, particularly the public schools. If left to their own devices, they would probably choose “brain” over “bank account” in the above question when deciding how best to fulfill their mission for students. At best, in terms of the strict school mission, football games provide momentary distractions for students who are reporting more and more stress these days.

If nobody was at risk of being hurt permanently—and all brain injuries are permanent, given current medical science—I would wholly endorse the activity. In fact, Voxitatis took out full-page ads to support athletics in the football program booklets for a number of high schools (see here, for example) just this year. That was before significant questions were raised about the concussion tests.

However, what football does is create a gladiator or “jock” mentality and injure brains permanently. As such, we can no longer support it and call on the Illinois High School Association to suspend it as a sanctioned sport immediately. The suspension can be lifted when research shows permanent injury is being “prevented,” not just given time to recover some corollary functionality. There are better ways to fulfill the mission of our schools that don’t involve permanent brain injury to our students, and if the IHSA is working to support its member schools, the association’s board will take immediate action.

Team Up, Speak Up, Fight Concussions on Sept. 13