Bullying victims suffer more long-term physical health consequences and are more likely to bring weapons to school than students who are not bullied, research from Duke University and the American Academy of Pediatrics suggests. 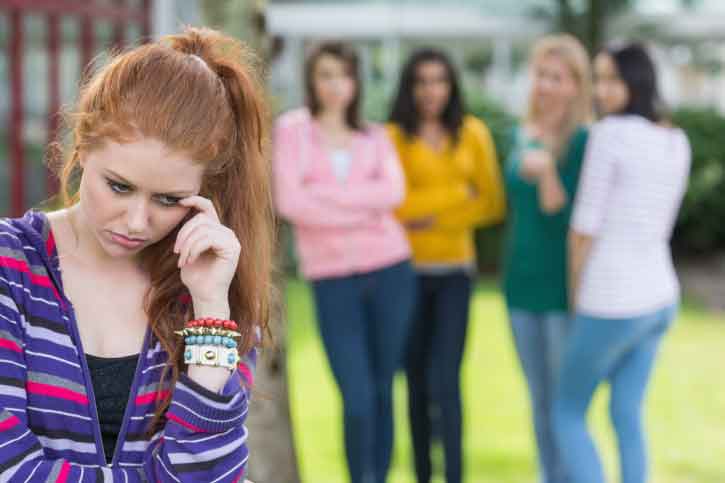 According to research presented May 4 at the Pediatric Academic Societies annual meeting in Vancouver, “Victims of bullying who have been threatened, engaged in a fight, injured, or had property stolen or damaged are much more likely to carry a gun or knife to school,” said senior investigator Andrew Adesman, MD, FAAP, chief of developmental and behavioral pediatrics at Steven & Alexandra Cohen Children’s Medical Center of New York.

That means about 200,000 high school students who are bullied bring weapons to school. About one in five high school students reports having been bullied, but when researchers divided high school students into two groups, bullying victims and non-victims, they found that 8.6 of the bullying victims had brought a knife or gun to school while only 4.6 percent of the non-victims had brought a weapon to school. Furthermore, students who experienced multiple risk factors, including bullying, had a dramatically higher likelihood of carrying weapons on campus than those who experienced only one risk factor.

“With estimates of more than 200,000 victims of bullying carrying a weapon to high school, more effective prevention efforts and intervention strategies need to be identified,” added Lana Schapiro, MD, FAAP, principal investigator. “The greatest focus should not just be on bullies, but on the victims of bullies most likely to carry a weapon and potentially use deadly force if threatened.”

And just what are they protecting with weapons? Their health, of course.

Other research, this from Duke University, shows that bullied children may experience chronic, systemic inflammation that persists into adulthood, while bullies may actually reap health benefits of increasing their social status through bullying. Can you believe that? Bullies get healthier, but victims suffer negative health consequences.

Their study, conducted in collaboration with the University of Warwick, the University of North Carolina at Chapel Hill and Emory University, is published online in the Proceedings of the National Academy of Sciences the week of May 12.

“Our findings look at the biological consequences of bullying, and by studying a marker of inflammation, provide a potential mechanism for how this social interaction can affect later health functioning,” said William E Copeland, PhD, associate professor of psychiatry and behavioral sciences at Duke University School of Medicine and the study’s lead author.

Scientists here looked at C-reactive protein levels. This protein signals low-grade inflammation and elevated CRP levels are considered a risk factor for health problems, including metabolic syndrome and cardiovascular disease. “CRP levels are affected by a variety of stressors, including poor nutrition, lack of sleep and infection, but we’ve found that they are also related to psychosocial factors,” Dr Copeland said. “By controlling for participants’ pre-existing CRP levels, even before involvement in bullying, we get a clearer understanding of how bullying could change the trajectory of CRP levels.

“Our study found that a child’s role in bullying can serve as either a risk or a protective factor for low-grade inflammation,” Dr Copeland concluded. “Enhanced social status seems to have a biological advantage. However, there are ways children can experience social success aside from bullying others.”

So, reducing bullying and the inflammation seen in victims of bullying could be just what the doctor ordered to promote physical and emotional health and put kids less at risk for diseases associated with inflammation.

Bullying based on a stigma is especially bad