New guidelines for student discipline issued by the Maryland State Board of Education point the way to keeping students in class and reducing the number of out-of-school suspensions and expulsions. The editors of the Frederick News-Post think the new guidelines are the right thing to do. 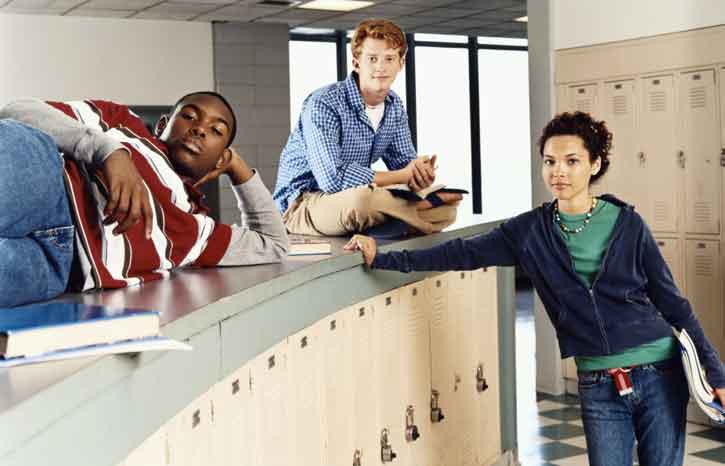 Minority students, it was noted, were being punished with out-of-school suspensions much more frequently than white students, so the board created guidelines, based on federal guidelines, that would provide punishments that didn’t send kids out of school for nonviolent offenses, such as talking back or cussing.

Many people worry that the new guidelines will lower the bar for discipline, thus allowing more students to get away with behavior that might escalate. “We can’t help but wonder to what extent this new philosophy will affect the majority of students, who are not discipline problems and are in school to learn,” wrote the editors. “How much disruption of the school environment will these new responses to misbehavior create? How much time, energy and resources—all of which are limited—will be diverted from classroom teaching to implement this new disciplinary approach?”

But long-term data suggests that expelling a student makes it more likely he or she will get into more trouble later, which could lead to other societal problems, including high school dropouts, incarceration, and perpetual joblessness. Keeping a kid in school now could keep a young adult out of prison a few years down the road.

Whereas the News-Post’s editorial focuses on adjustments schools will have to make and that point is well taken, I tend to put the focus on students with this issue. Letting kids know that certain behaviors, including activities that disrupt the smooth operation of school for other kids, won’t be punished so severely can send the wrong message and encourage bad behavior. Rather than lower the bar for these troublemakers and everybody else, what we need to do is raise the bar. We need to let them know that behaviors have consequences.

The name of the punishment game: Perception

I’m not deaf to the problem that more minority than white students are suspended. There’s a little research, some by Cynthia S Glass of the University of Kentucky, to suggest minority students are being punished more harshly for the same offenses than their white counterparts, but how harshly any student is punished can be predicted, more or less, by a simple formula:

Ms Glass’s doctoral dissertation is entitled, “What do you do with a student like that?: Defiance, disrespect, and lack of motivation in the high school classroom.” At one high school in Kentucky, she found a slightly higher number of minority students punished than would be predicted based on their proportion within the student population, but not much higher.

“Overall, no evidence of any intentional discriminatory behavior at the administrative level emerges between white students and minority students,” she wrote. “To the degree that minority students may be overrepresented in the disciplinary process, it is occurring at the referral level. Approximately one of every four referrals at the school is written to a minority member, while minority students comprise only 14% of the student body.”

She attributes this small difference to differences in social class more than race, however, since there may be a “cultural mismatch” between teachers and administrators at the school and minority students. That difference may be more attributable to the direct effects of poverty than anything else.

“Minority members are more likely to live in impoverished circumstances which oftentimes are a contributing factor in poor academic performance and high levels of frustration (which may be expressed through defiance and disrespect), as noted by teachers and administrators alike,” she concludes. “At the national level, however, even when controlling for social class status, minority overrepresentation remains a concern.”

It’s as I said above: if a teacher perceives a student as a troublemaker, whether because of a mistake like a cultural mismatch or an honest characterization formed from prior knowledge of the student’s behavioral tendencies, a harsher punishment is more likely. Students who don’t culturally align with teachers and administrators are more likely to be poor, minority students, but teachers and administrators, in my experience, try as much as possible to be fair, new guidelines or old.

Do students get stabbed more frequently these days?