What's in your school pictures?

I was standing with a teacher in the hallway during a passing period at Alton (Ill.) High School earlier this week when a girl walked up and showed off her plaid shirt and two or three T-shirts, which she said were for her school pictures.

The teacher approved, but different T-shirts are probably the most benign object students have been known to bring to their school pictures. Other props include musical instruments, balls used in sports, and different uniforms associated with the school. But what else will this year’s school pictures feature?

In Nebraska, for instance, one school board approved the inclusion of guns in students’ senior portraits, as long as it was done tastefully, the Omaha World-Herald reports. The vote was 6-0 in favor. (The photos are being taken at a professional photography studio, and no guns are ever brought to the school.) 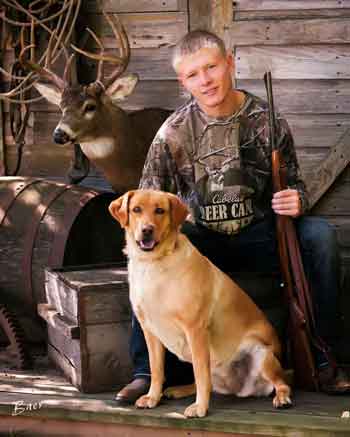 What’s tasteful? An example from the Internet is shown at right.

“I understand that in different cultures this would be viewed differently, but in the rural, hunting culture here, it is something that is viewed in a positive way,” the Huffington Post quoted Broken Bow Public Schools Superintendent Mark Sievering as saying.

In the pictures, students will be allowed to carry the weapon or pose with it, but any pointing will cause the photo to be thrown out before it hits the yearbook’s pages.

One commentator on a discussion thread about the guns in school portraits said it was “the teen girls who drive what is popular, and this kind of photography is wildly popular right now.”

We extend our sincere thanks to Alton High School and to Ms Annice Brave, an English teacher there and Illinois’s 2011 Teacher of the Year, for their kind hospitality in allowing us to develop this story.

Previous articleThreats at a middle school in Skokie, IL
Next articlePiasa bird legend lives on in image high on a bluff

Boy arrested; posted he would ‘shoot up Northeast’

Many kids spend time with firearms