Amara Majeed is a 17-year-old senior at Towson High School in Maryland, just north of Baltimore, and she’s also a writer and advocate for Muslim women around the world. 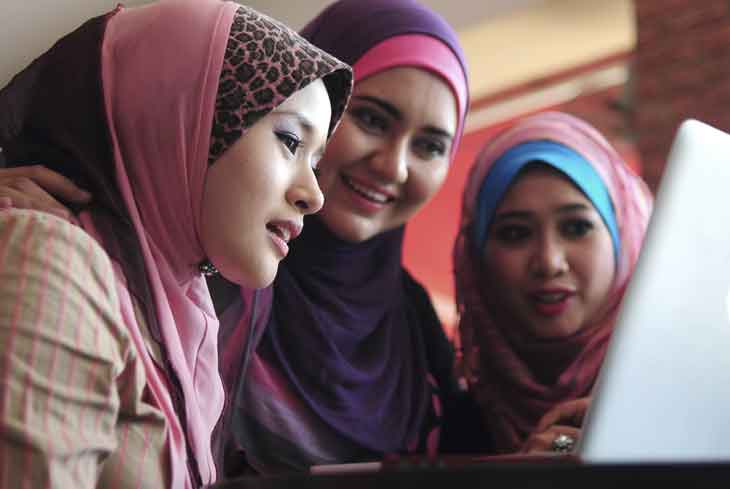 She was profiled in the Baltimore Sun last month, but interest in the project she founded, known as The Hijab Project, for the headscarf many Muslim women wear to preserve their modesty, has grown in recent months.

On the website, she records stories of women who wear a hijab, most of whom tell horrifying tales that include mistreatment and prejudice. They report fellow students walking behind them as they go to the library, students who make terrorist jokes and comments within earshot. They report special treatment by security officers and others in their communities, treatment nothing like what they experience without their hijab.

One woman, who is white, wrote that she traveled frequently without her hijab. During those trips, security officers passed her through as a matter of routine. But the one time she decided to wear her hijab going through the TSA checkpoint, she was given a full-body pat-down and her laptop had to be tested, she wrote.

A message from Ms Majeed on the website of The Hijab Project:

As a Muslim living in America, the gaping gap of ignorance exists between myself and others: my headscarf, otherwise known as the hijab. I pleat, fold, and fasten a piece of cloth over my head everyday before I go out, but the hijab means more to me than merely concealing my hair. In the religion of Islam, both Muslim men and women are expected to preserve their modesty, and from an Islamic point of view, the hijab contributes to the creation of a modest atmosphere. In an era where women are universally sexualized, Muslim women believe that the hijab can prevent this from happening.

The Hijab Project is a social experiment that I’d like girls—both Muslim and non-Muslim—to begin. Try on your own headscarf to school, the mall or other public place, and observe the reactions that people give you. Are you looked at differently? Do people treat you differently? Then, share your experience here! If you currently wear a hijab, tell us your hijab story. A bridge of understanding needs to be built between Muslims and non-Muslims, and experiencing the lifestyle of a growing and often misunderstood culture in America is vital to shedding the lack of knowledge that many people have regarding Islam as a religion. I’m looking forward to hearing your hijab stories!

In addition to her website, she has also written a book entitled The Foreigners, available in paperback from Amazon.com. The book weaves the real-life stories of Muslims from around the world into a compilation of short biographies. Its controversial topics aren’t often discussed in public.

We simply hope Ms Majeed can help to end prejudice against people around the world based on their religious beliefs or practices. God is surely with those who proclaim a message of love and acceptance of all people as God made them.