A new playground is built in a single day

Picnic and sitting areas, swings, and colorful hopscotch and alphabet caterpillars in the pavement filled the once-empty dirt space next to Seneca Heights Apartments in Gaithersburg, Md., thanks to a new playground, built in a day by volunteers organized by KaBOOM, a national nonprofit that seeks to start the conversation about the importance of play in communities where it isn’t as much a part of daily life as it should be, the Gazette reports. 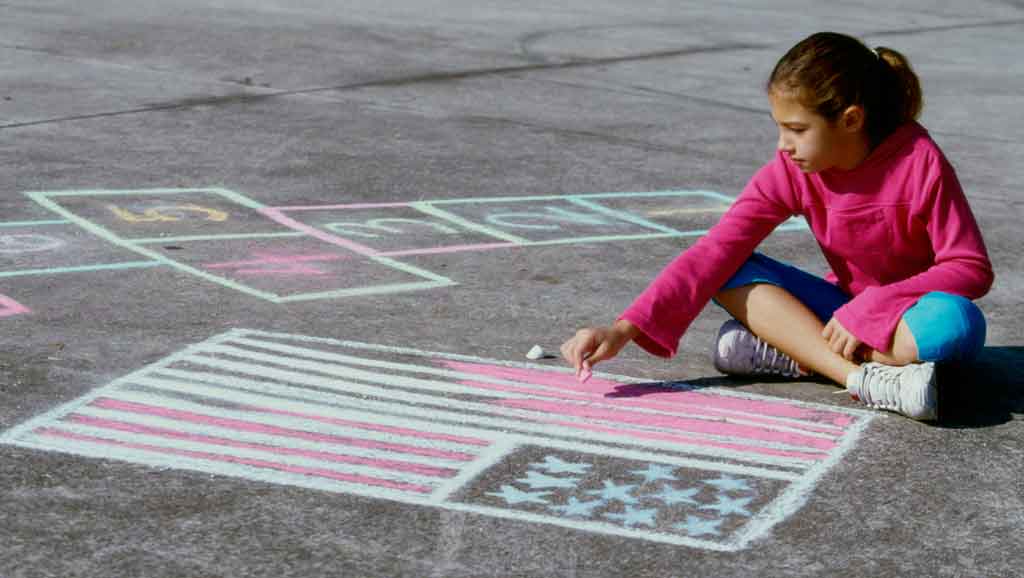 Children just don’t play outside as much as they used to, according to a 2005 study entitled “Resurrecting Free Play in Young Children: Looking Beyond Fitness and Fatness to Attention, Affiliation and Affect,” by Hillary L Burdette and Robert C Whitaker, reported in the January 2005 edition of the Archives of Pediatric Adolescent Medicine. But in addition to nutrition, health, shelter, and education, their outdoor play activities are critical to their development.

This isn’t something we’re just discovering, either; we’ve known for some time that when children play, they find activities and occasions for discovering themselves, their strengths and weaknesses, skills and interests. Play enables them “to learn to cope with situations and events appropriate to [their] size and strengths.” Phyllis E Lueck told us this in “Planning and Outdoor Learning Environment: Theory into Practice” (The Early Years of Childhood, April 1973, Volume 12, pp 121-127).

Given the assumption that playing is one of the most effective ways children learn, we think it’s particularly important to observe that kids had a strong part in designing the playground space they would use at Seneca Heights. There’s a considerable body of research that says that’s a tremendous idea.

A 2013 study by Anne Dahl Refshauge, Ulrika K Stigsdotter, and Lise Specht Petersen looked at how children, ages 0–12, used four public playgrounds in Copenhagen, Denmark. Outdoor playgrounds are important everyday catalysts for promoting better childhood development, the study’s authors wrote. And, to inform decision-making in designing playgrounds of the future, “more research on what characterizes these spaces and their users is needed.”

It’s important to give kids a say in designing playgrounds

What better way to learn how kids want adults to make decisions about playground spaces could there possibly be than just giving them a pencil and asking them to draw their ideal space before building it?

Indeed, factors contributing to positive benefits kids derive from play differ from the factors that adults may depend on when designing their own leisure spaces, according to a study published in the March 2015 edition of the Journal of Environmental Psychology. For example, what may seem like a simple flight of stairs to an adult can be a mountain as high as Pike’s Peak to a child. This means children need to be included in the discussion whenever we design playgrounds.

What happened in Gaithersburg is that KaBOOM enlisted the help of the children who live in the apartments to design the playground. KaBOOM asked them to draw and explain their ideal play space and then took the drawings to their own experts, who recommended the best materials to use for building the playground.

After all, kids don’t know much about building materials or tools. Supplying those materials, after the recommendation from KaBOOM, was the responsibility of the Montgomery County Coalition for the Homeless, which originally applied for KaBOOM sponsorship and help on this project, as well as other volunteers. In all, about 200 volunteers contributed labor, supplies, food, or something else to this project.

In addition to lending architects to provide technical expertise, KaBOOM also served as the main organizer of volunteer activities. “I’m impressed with KaBOOM’s ability to organize volunteers,” the Gazette quoted Susanne Sinclair-Smith, the executive director of MCCH, as saying.

Previous articleBest sunscreens still unavailable in the US
Next articleDo more kids have autism or just a diagnosis?

The case of recycling tires for school playgrounds

Many kids spend time with firearms