Music moves us, and we should pay for it

Fans of Taylor Swift and followers of Apple Computer, two institutions unto themselves, know that she refused to allow her “1989” album on Apple’s new streaming music service because the company wasn’t planning to pay royalties to artists—and copyright holders—of the music people would be able to stream for free for the first three months.

She made quite a big deal of Apple’s plans, saying she loves the company and its creativity and innovation but simply couldn’t support this particular decision not to pay royalties during the three-month trial period. And less than 24 hours later, the company did a 180, the New York Times reports. Apple now says it will pay its full royalty rates for music during the free trial.

Ms Swift posted a note yesterday on Tumblr entitled “To Apple, Love Taylor,” an excerpt from which is shown here:

Three months is a long time to go unpaid, and it is unfair to ask anyone to work for nothing. I say this with love, reverence, and admiration for everything else Apple has done. … We don’t ask you for free iPhones. Please don’t ask us to provide you with our music for no compensation.

There’s not much we can add to the royalty debate: We pay fees to use photos that other people put their artistic effort into creating and making available to us. We use photos because they help illustrate our stories and our goal is clear communication about issues that are important to schools. But why are people willing to pay money for music? Why do they shell out hundreds of dollars to see Ms Swift in concert?

It’s because music holds a special place in our hearts and in our brains. The copyright holders of that music must be justly compensated for the use of that music by other people or companies.

Look, I’m sure Ms Swift can afford to go three months without receiving a royalty check from Apple, but that misses the point. First of all, that completely irrelevant factoid doesn’t make what the company was planning to do right. Second, lots of other artists wouldn’t be receiving royalty checks either, and they might not be as rich as Ms Swift.

Artistic effort deserves just compensation, and music especially, even on a streaming service that seems like it should be as free as the radio to consumers, needs to provide some sort of just compensation for the creators of that art. 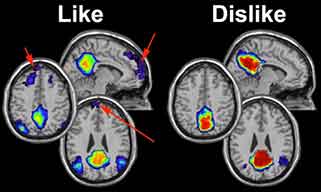 A study published in the June issue of Music Educators Journal takes a look at regions of the brain that become active when we listen to music. Donald A Hodges and Robin W Wilkins at the University of North Carolina, Greensboro, tell us that when people listen to music they like, “there is dynamic interconnectivity” in key regions of the brain that are involved with conscious awareness, self-reflection, and autobiographical memories and emotions.

In other words, music defines who we are—to ourselves. Our core emotional memories and historical memories are activated when we listen to music we like, not so much when we don’t like the music. If what you prefer is Ms Swift’s music, it seems she should get something for having triggered those memories, emotions, empathy, and—scientific evidence says—an enhanced quality of life through better self-awareness.

Ultimately, this is a story about what it takes to change companies that focus only on profit. Ms Swift spotted a wrong a huge computer company was doing to a certain segment of the population, songwriters here, and brought her considerable influence to bear. Others would support and bolster her efforts with good research.

In the education field, unfortunately, we aren’t trained to go viral in following rock stars. We have just as much research to back up our claims, but we just haven’t built schools to create idols or icons. Teachers may have, if they’re really good, cordial relationships with a few hundred students. That’s not going to do it. Ms Swift has, because she’s good, millions of followers on Twitter. Her concerts sell out within minutes. Shortly after she wrote one letter, a wrong about to be hoisted upon many individuals by a profit-seeking corporation was righted.

We need rock stars in school. They could, with love not preaching, bring their influence to bear outside their own classroom walls where they’re the smartest ones in the room, outside their school districts where colleagues look to them for guidance, and to the halls of Congress, to state houses across the country, and to the board rooms of test-design companies that are big enough to handle the volume of standardized tests our schools today need to generate but small enough to do right by individual students. Ms Swift has shown us how.

Much classic lit set to enter the public domain

The Constitution & a state championship series