Segregation by race, income prominent in US

A report released Wednesday by the Civil Rights Project at the University of California, Los Angeles, says that although the US is an increasingly multiracial society, whites still go to schools with mostly other whites. Minority groups—blacks and Latinos, mostly—are isolated in classrooms with few whites. 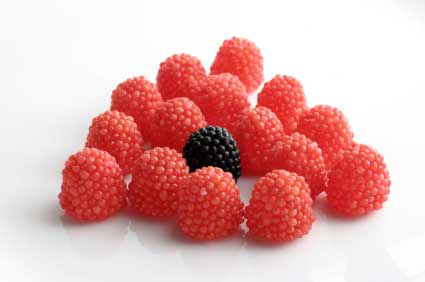 The report looked at attendance data from the US Department of Education for the 2009-10 school year. We have also reported on the extreme segregation in Illinois public high schools, beginning with our own summary of data from the Illinois State Board of Education for the 2009-10 school year, available here. In that year, Illinois reported 24 high schools with enrollments over 100 and more than 99 percent of students being black. With the exception of East St. Louis Senior High School and a charter school in East St. Louis, all these schools are public high schools in Chicago.

Chicago was featured in the report as being one of the nation’s most segregated cities in the schools. Also making this list were Atlanta, Detroit, Houston, Philadelphia, and Washington. And why should anyone care about this? The report says:

Though segregation is powerfully related to many dimensions of unequal education, neither candidate has discussed it in the current presidential race. … The consensus of nearly sixty years of social science research on the harms of school segregation is clear: separate remains extremely unequal. Schools of concentrated poverty and segregated minority schools are strongly related to an array of factors that limit educational opportunities and outcomes. These include less experienced and less qualified teachers, high levels of teacher turnover, less successful peer groups and inadequate facilities and learning materials. There is also a mounting body of evidence indicating that desegregated schools are linked to important benefits for all children, including prejudice reduction, heightened civic engagement, more complex thinking and better learning outcomes in general.

One reason Mitt Romney hasn’t discussed this important issue is that he is too busy trying to win votes in swing states. Those include Ohio, Florida, Virginia, maybe Colorado, Pennsylvania, Iowa, and Nevada. None of these states were listed as the most intensely segregated states in the report—those would be California, Texas, and New York, all of which have seen very little campaigning by either party in this presidential race. Houston finds itself in Texas, which is a shoe-in for Mitt Romney, while Chicago finds itself in Illinois, a shoe-in for Barack Obama.

The report also found that in the early 1990s, the average Latino and black student attended a school where roughly a third of students were low income (as measured by free and reduced price lunch eligibility), but now attends schools where low income students account for nearly two-thirds of their classmates.

In other words, schools are becoming more segregated not only based on race but also based on socioeconomic status. This holds weight because students from poor families are more likely to get low scores on standardized tests than those from more affluent families. This may cause further increases in the flight of teachers away from high-minority schools in school systems where standardized test scores are used as a certain percentage of the evaluation process.

We congratulate the ‘Hybrid’ Class of 2021

Paul Katula - Sunday, May 30, 2021 0
We congratulate the 3 million or so seniors who graduate this spring amid a global pandemic and hope for a return to normal.