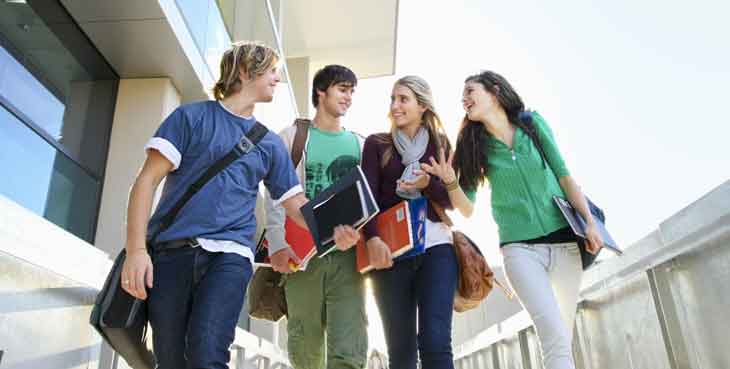 A survey of 580 public colleges and universities in the US has found that 19 percent of students enrolled in a non-flagship public college or university earn their bachelor’s degrees within four years and 36 percent of those attending flagship or high-research public universities do so, the New York Times reports.

The study was conducted by Indianapolis-based Complete College America and entitled the “Four-Year Myth”:

Student loan debt has now blown past the $1 trillion mark, exceeding Americans’ combined credit card and auto loan debts. And that number doesn’t even include the large sums of money that parents are borrowing to help their kids pay for tuition, books, room, and board. We’ve passed the point when it’s reasonable to ask if this escalating financial burden is sustainable.

Private institutions weren’t considered in the study. For more information on student loan debt, Forbes published an interesting op-ed entitled “How the $1.2 Trillion College Debt Crisis Is Crippling Students, Parents And The Economy,” available here. For information on where the money goes once the college gets it, see this report from the American Institutes for Research.

But each year students spend in college, the report claims, it costs them an estimated $68,153, including an average of $22,826 to attend college and $45,327 in lost lifetime wages for the year. The figure is about what they will earn, on average, with a bachelor’s degree.

Why do students take so long to earn their degree? Several factors contribute to the additional time requirement, the report contends:

Although I don’t dispute the numbers presented in this report, it reads like a business plan. The main question is, How can we decrease student loan debt? Making college affordable is a very important goal, and reducing the amount of time students spend in college will help.

However, given the last bullet point above, unpredictable college schedules, I point out many students have to work while they attend college. Not everybody’s family has a lot of money. And since colleges don’t have enough money to provide more convenient schedules—at least not without using instructors as opposed to professors in many courses—students will continue to make inefficient use of their time on campus by taking courses that don’t count toward their degree just to maintain their full-time status and keep their financial aid.

According to the AIR report referenced above, subsidies to research universities suffered severe cutbacks two years in a row during the recession, and colleges need to recover before they can make schedules more predictable and degree-required courses more available.

In other words, the report is like a cause without a rebel. Well, maybe Forbes is the rebel, but they’re far removed from our nation’s public colleges and universities. Students are taking too long to complete their degrees, yes, but not too many of them are complaining about it. Many students who are intent on completing a course of study to earn a degree simply seem unwilling to sacrifice the quality of their education in the name of efficiency. That is, they would rather learn what they need to learn than finish in four years regardless of what else might be lost.

Is college worth the time and expense people spend on it? Read this article in the New York Times from the recent recession and see Common Core speaking and listening standard SL.11-12.1.C for more information.

Some employers pay back student loans