Peter Franchot, a Democrat who was just re-elected comptroller of Maryland, has been on a campaign for over a year to legislate the starting date for public schools in Maryland. 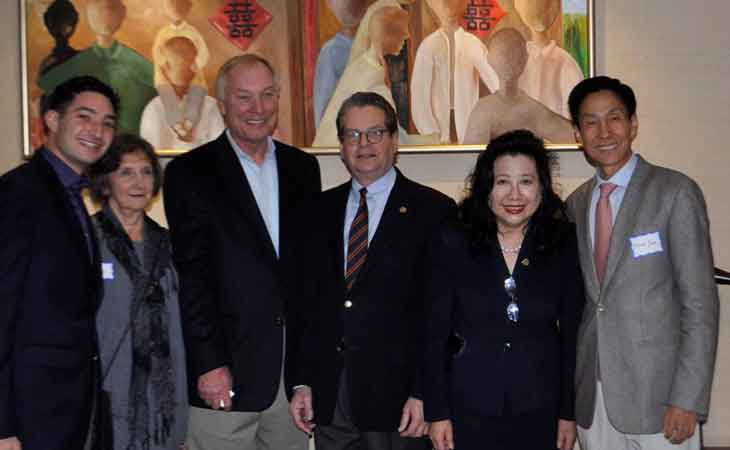 Peter Franchot is third from the left (Edward Kimmel via Flickr)

Along with business leaders and everyday Marylanders, he has shown “overwhelming” support for making schools start on the Tuesday after Labor Day, instead of a week or two before the traditional “last weekend of summer” holiday. He estimates that delaying the start of the academic year across Maryland will bring in an additional $74.3 million in direct economic activity, including $3.7 million in new wages and a separate $7.7 million in state and local revenue.

A task force made up of educators, business representatives, parents of schoolchildren, and so on, voted to recommend starting school after Labor Day. The task force’s vote wasn’t unanimous, but a solid majority was in favor of the idea.

Mr Franchot has now launched an online petition, which he’s asking people to sign. He hopes to collect 10,000 signatures and present the petition in January to the state’s new, pro-business governor and the General Assembly.

Most school superintendents deflect the calendar question and turn it into an issue of local control or government interference. They say they would prefer the legislature stay out of the business of setting school calendars.

“The control of the school year calendar and the school year start times continue to be a matter of local issues and our position would be that we don’t need statewide legislation to govern that,” the Carroll County Times quoted Allegany County Superintendent David Cox as saying.

How have you resolved conflicts where both sides had a good point? Read the op-ed “Open a Middle Road to Mideast Peace” in the New York Times and see Common Core writing standard WHST.11-12.1.A for more information.

How to keep summer long and strong

On year-round schooling’s impact on summer