Kids who grow up around violence, even if they aren’t victims of it themselves, are traumatized by it and are often at a disadvantage when it comes to being able to focus on schoolwork, KQED (public radio, San Francisco) reports. 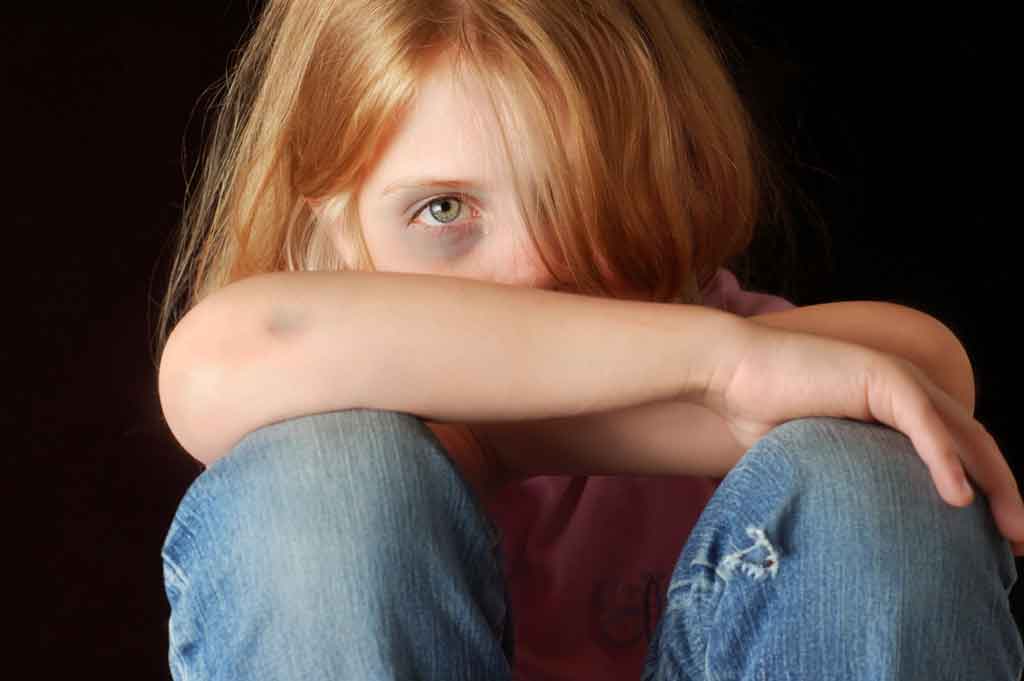 In Oakland, violence is concentrated in certain neighborhoods, and grief counselors make frequent appearances at schools in those neighborhoods. But this story isn’t about the grief counselors; it’s about mental health professionals who provide therapy for students who have witnessed violence.

Barbara McClung, coordinator of behavioral health at the Oakland Unified School District, said about half of the system’s 37,000 students will require some form of mental health therapy. That’s more than double the national rate, and it’s so high because many students have experienced a life, even at their young age, touched by violence in a significant way. Being touched so significantly by violence affects their ability to learn in the classroom:

(Characteristics of kids who have witnessed violence include) difficulty concentrating, hyper-vigilance, feeling hopeless or helpless, being fearful or afraid. … All those things require a lot of skill at self-regulation in order to sort of suppress that and focus on academic content. And for so many of our students, that is really impossible.

Schools, like those concentrated in certain poorer neighborhoods of Oakland that serve high-risk communities, see higher rates of mental health problems than other schools. But elementary schools across the board are seeing noticeable increases in mental health disorders, according to a report from the National Association of School Psychologists.

One possible reason for this is that public elementary schools in all neighborhoods are serving a higher proportion of kids who are at higher risk these days than in the past.

According to the director of Alameda County’s Health Services Agency, Alex Briscoe, kids who grow up in more affluent neighborhoods of the city cope better with violence around them, mainly because they enjoy better access to mental health services.

The agency has partnered with the Oakland Unified School District and sent actual therapists into the schools. These folks aren’t just extra school psychologists who, in reality, spend the majority of their time enforcing individualized education programs for students with disabilities. Rather, they are mental health professionals who are trained to help kids cope.

The trouble kids from poor neighborhoods have coping was highlighted in the KQED article: a teenager, whose good friend died from gunshot wounds in January 2014, described his inability to concentrate on his studies after the shooting.

“It was hard focusing in class, just knowing that Lee was not sitting by me, Lee was not there, it was an empty seat,” he was quoted as saying. “I was hurt inside, I was angry, I was sad. So many mixed emotions going on. Just, like, confused, like, why it happened?”

Unlike kids in poor, inner-city neighborhoods, Mr Briscoe said kids from more affluent neighborhoods tend to “stay in school longer, … do better in school, … go to emergency room less. They self-report better self-regulation and capacity. … [It’s] healthy development of children. We know what healthy development is. We know how to support it. It happens in rich communities every day.”

He seemed hopeful that providing mental health support services for students at all schools in Oakland would equalize the impact violence has on not just the school lives but also the adult lives of all children who grow up in a violent world.

Exposure to Violence: Psychological and Academic Correlates in Child Witnesses
Respondents with the lowest educational attainment were significantly more likely to report five or more “adverse childhood experiences,” including verbal, physical, or sexual abuse, family dysfunction (e.g., an incarcerated, mentally ill, or substance-abusing family member; domestic violence; or absence of a parent because of divorce or separation), compared with those with higher education levels (14.9% versus 8.7% among high school graduates and 7.7% in those with more than a high school education).

Adverse Childhood Experiences Reported by Adults — Five States, 2009
Young inner-city children have a high exposure to violence by age 7 years; many show signs of distress that frequently are not recognized by caregivers. Further, higher exposure to violence in children correlates with poorer performance in school, symptoms of anxiety and depression, and lower self-esteem.

Shots from a car in Englewood kill a Chicago girl, 16