President Recep Tayyip Erdogan of Turkey, after regaining control of the government following an unsuccessful coup attempt, pointed the finger of blame at a cleric who, from exile in Pennsylvania, has been linked to charter schools in several states, the New York Times reports.

Fethullah Gülen, the Sunni imam who leads a movement committed to educating children around the world, denied providing any inspiration for the coup attempt in a rare interview yesterday. He also compared Mr Erdogan’s administration to the Nazi SS, though.

“My message to the Turkish people is never to view any military intervention positively,” he was quoted as saying through an interpreter, “because through military intervention, democracy cannot be achieved.” An op-ed in the Wall Street Journal, written in 2015, denounced ISIS and sought to end violent extremism everywhere. In addition, he pleaded for equal rights for men and women and for educating Muslims around the world. “The international community would do well to realize that Muslims are the primary victims of terrorism—both literally and symbolically—and they can help marginalize terrorists and prevent recruitment,” he wrote.

The schools Mr Gülen’s organization runs in the US are legendary for their secrecy and complete lack of transparency, though, especially when it comes to the schools’ financial records. They have been accused, in the press and by commentators and authors, of funneling US taxpayer money earmarked for schools to Turkey to fund the political movement that Mr Erdogan blamed for inspiring the coup attempt. But it’s not clear yet whether the transparency gap is the fault entirely of the Gülen movement or of the US charter school movement itself. Mr Gülen may have simply found a way to take advantage of US charter school laws to fund his political movement.

In June 2014, the FBI raided 19 Gülen-affiliated charter schools in Illinois and Ohio. The bureau said in search warrants that it was looking into money the schools received via the federal E-rate program, which is designed to expand telecommunications and Internet access in schools. Was the money used for that purpose or was it sent to Turkey to fund the attempt to take over the government? That isn’t known yet, since all documents except the search warrants have been sealed in this case.

But we have known since 2010 that the Gülen charter school movement spends a lot of money to pay immigration expenses for Turkish teachers to come to the US and teach American children in their schools. About one-third of all money that was supposed to be spent on education for children who attended one of Gülen’s Beehive charter schools in Utah that year supported immigration expenses, according to the Deseret News.

Charter school laws, however, are known to be full of holes that allow this type of misdirection of federal dollars. The prior year, the New York Charter School Association successfully sued the state in order to prevent the state comptroller from auditing charter school finances, according to Diane Ravitch in her book Reign of Error. The schools receive public funding from taxpayers, but they are viewed, through the lens of US laws, as “non-profit educational corporations carrying out a public purpose,” she writes.

As in New York, Illinois law once set up a commission, made up entirely of charter school advocates, that could overrule the decision of local boards of education and circumvent ordinary freedom of information laws that apply to every other “public” school. The Illinois State Charter School Commission was created in order to keep charter school records secret and to ensure that local boards of education would not be in complete control of the education received by students in the district. 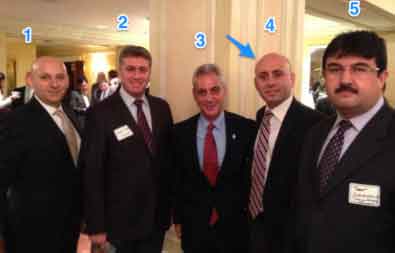 In Ohio, for instance, the Gülen organization owns the property where the schools are located and then charges the schools rent to use the property. That rent, of course, is legitimately paid through taxpayer dollars as an educational expense. How fair the price is we don’t know; nor is it known what percentage of that rent actually supports educational, not political, activity. Charter schools in the US act secretively and tend to create incestuous relationships between politicians and vendors who provide services and goods to schools.

“As early as 2002, state audits found thousands of public dollars ‘illegally expended’ to finance the US citizenship process for Turkish employees—some fresh out of college with no classroom experience and broken English,” wrote the Akron Beacon-Journal about this kind of misguided use of public funds by charter schools. “Help with legal and immigration fees also extended to their children and families, including the spouses of directors.”

What Furious Seven meant to me