Representatives of parents in California have filed a lawsuit charging a school district there with a failure to notify parents that they had the option to opt their children out of tests mandated under the No Child Left Behind law of 2002. 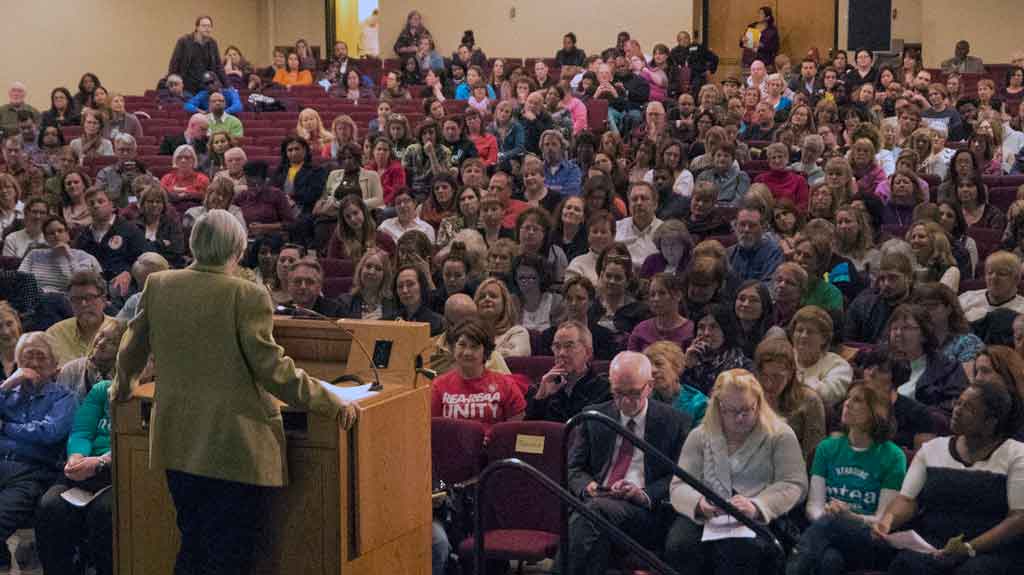 I have maintained since I first heard about opting out from one of our board members that it could be illegal. I still don’t think parents have a fundamental right to decide which parts of the program offered by public schools they’ll take part in. For example, if a school district requires students to take three years of math to get a high school diploma, parents can’t come around and say, “For my kid, dance class is more important, so I’m opting him out of geometry.”

A major difference between a geometry class and a standardized test administered under federal law for school accountability purposes is that the test doesn’t have any consequences for the student. If the student doesn’t take geometry, the school could come back and say, “Then you’re not graduating.” If the kid doesn’t take the test, there aren’t any prescribed penalties beyond what might be a local disciplinary action. Even then, there’s a 50-50 chance teachers and principals would be on the kid’s side if he opted out of a standardized test, especially one that’s more likely than not to give him a failing score.

But whether or not parents have a fundamental right to opt out their children from parts of the public school program isn’t even the question in California. That’s because California has a law that, on its face, requires school districts to inform parents that they may opt out their sons and daughters from certain standardized tests. So any fundamental rights notwithstanding, California parents have a legislated right to be informed, by the public school district their sons and daughters attend, about opting out.

A parent’s or guardian’s written request to school officials to excuse his or her child from any or all parts of the assessments administered pursuant to this chapter shall be granted.

(a) Each year the [school district] shall notify parents or guardians of their pupil’s participation in the CAASPP assessment system in accordance with [applicable law].

(b) The notification to parents or guardians as defined in subsection (a) shall include a notice of the provisions outlined in [this section, i.e., opting out].

The suit names the Walnut Unified School District and its superintendent, Robert Taylor, in his official capacity, as respondents. The law seems pretty clear to me, and I understand why a district might not want to tell parents they have the right to opt out.

But parents do have a right to compel the district to tell them about opting out, according to California law. Once a finding of fact is established—that Walnut Unified didn’t notify parents they had the right to opt out—the case seems open and shut. We’ll see.

In the meantime, tell us what you think about parents’ right to opt out their sons and daughters from standardized tests. Read one of our original articles about it, and post a comment if you would like.