Cool US map: How much snow will close schools?

The Huffington Post published a map of the US, outlined by county and color-coded, that shows about how much snow has to fall before school officials will call a snow day. 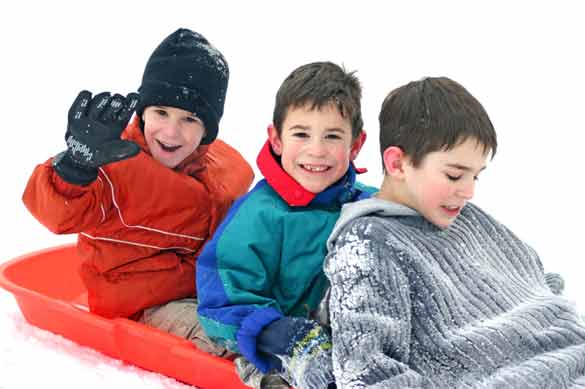 The map shows what one one might expect: The further south you go, the less equipment states and municipalities maintain for clearing snow off of roads, and the more dangerous it becomes for students to travel to school on those roads.

As a result, of course, it takes a lot of snow in places like Alaska, Buffalo, N.Y., and the Rocky Mountains to have officials declare a snow day. Canada, by the way, is just all blue, indicating it takes 24 inches or more of snow for Canadians to get a snow day.

The estimate for Lake and DuPage counties in Illinois, 24 inches, seems high. I’ve known school to be canceled with much less snow on the ground in those areas. What might have caused a problem for data collection is that these counties have hundreds of school districts. The decision to call off school is made at the district level, and the map’s creator may have been looking at the greatest number of inches from all school districts in the county.

Also, the exact method isn’t reported, except to say it’s summarized from user input and then coordinated with snowfall data from the National Oceanic and Atmospheric Administration. Anytime so much emphasis is given to user input, some slippage in the data is to be expected. And because snow isn’t the only weather issue that closes schools, especially in the Midwest, where wind chill temperatures often result in school closures, some of the data may be misleading.

As we reported last week, teachers, school staff members, and even bus drivers became heroes as a few inches of snow and ice coated the roads in Georgia, Alabama, and four other states.

When extraneous illustrations are used less, children can have an easier time focusing on text and better reading comprehension.
Read more

Teaching ceramics during a pandemic that includes all-remote learning is a little different, and some art teachers rise to the challenge.
Read more

1/3 of an Okla. school returns to quarantine

After only a few days of in-person instruction, an Okla. high school experienced a rise in Covid cases and has resumed remote learning.
Read more

It’s cold in these Baltimore schools

Schools on the Gulf Coast close due to Gordon

This is NOT the coldest it’s ever been